On 17 January 2008, flight BAW38 crash landed short of the runway at Heathrow Airport following a total loss of power to both engines. Remarkably there were no fatalities, but it remains the most serious commercial aircraft accident in the UK in recent years.

The fact that it did not end in tragedy is testament both to how incredibly safe modern aviation has become, and to the training and professionalism of all the individuals involved.

But what is it really like to be faced with an unfolding emergency? Can any amount of training equip someone with the skill, confidence, and courage to do what’s needed in the midst of a potential disaster?

Join us to hear from two of the controllers in the tower that day about what would be the most memorable, pressurised and emotionally charged few minutes of their lives. Find out how events unfolded and the legacy the incident has had on their lives, careers and wider industry.

We’ll also be discussing the wider aspects of safety. What helps create a strong safety culture and why training for emergencies remains a vital tool despite the aviation industry’s impressive safety record.

Register now to secure your place for what is sure to be a fascinating discussion and put your questions to our panel. 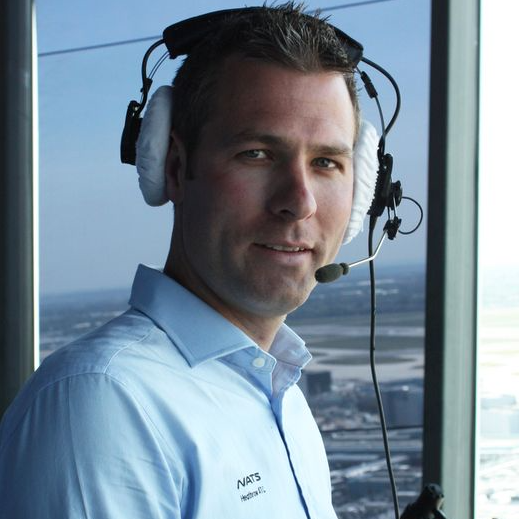 Our host, Ady, joined NATS in 1999 as a trainee air traffic controller, before being posted to Heathrow – the UK’s busiest airport. He has held various roles, including Instructor, Assessor and Supervisor, as well as overseeing the training programme for the move to Heathrow’s iconic control tower.

When he isn’t talking to aircraft, Ady works in development designing new ATC procedures in an ever-changing environment.

Add an event yourself