The modern age of aviation is recognised as beginning with the first 'lighter than air' flight which took place on November 21, 1783. The flight took place in Paris. Pilâtre de Rozier and the Marquis d'Arlandes flew from the grounds of the Chateau de la Muette at around 3,000ft for a distance of 9kms landing on the Butte-aux Cailles. The balloon was built by the Montgolfier Brothers. 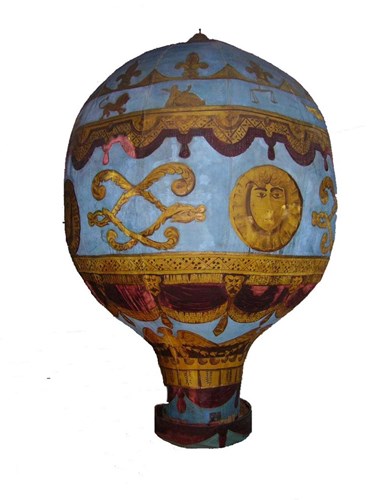 A model of the Montgolfier Brother's balloon on display at the London Science Museum.

The first 'heavier than air' flight was December 17, 1903 by the Wright Brothers. Orville and Wilbur Wright built the Wright Flyer I and on December the 17th Orville flew the aircraft 37m in 12 secs. The flight was recorded in the photograph below.

In 1910 the US Navy began experimenting with sending morse code from an aircraft.

The first commercial flight took place on January 1, 1914 between St.Petersburg and Tampa. The flight took 23 minutes and was flown at an altitude of 15 feet over the open waters of the bay that separated the two cities. The aircraft was a Benoist XIV. The pilot was Tony Jannus and his one passenger Mr Abram Pheil who won the auction for the inaugural flight. 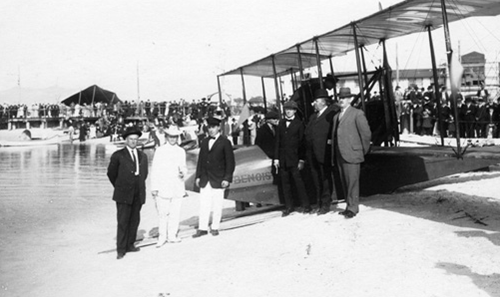 On 27 May 1919 Albert 'Putty' Read commanded a NC-4 Curtiss flying boat on a flight accross the Atlantic. The crew of 5 flew from Rockaway Beach, Long Island to Plymouth, stopping for 6 layovers in 23 days. The crossing was actually successfully completed after arrival in the Tagus Estuary in Lisbon, Portugal. 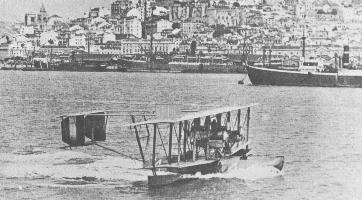 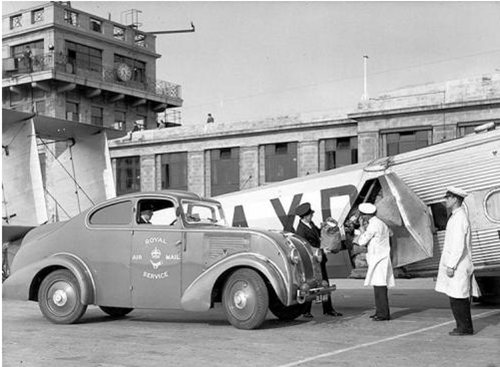 1924 - First Circumnavigation of the Globe

175 days and 27,553 miles (44,342km) conducted by a team of the USA Air Force.
The aircraft was designed by Donald Douglas and Jack Northrup, the Douglas World Cruiser.
Four aircraft took part in the challenge. Three arrived in California.

In the US the first Air Traffic Controller was hired, Archie League. Archie is still recognised by the NATCA Annual Archie League Medal of Safety Awards. Archie was a pilot and engineer and his tool of choice for his job was a wheelbarrow. Within the barrow a set of flags to signal to the aircraft 'hold' or 'go'. Archie W League - The Controller with a wheelbarrow.

The first ATC tower to open in the USA was in 1930 in Cleveland. 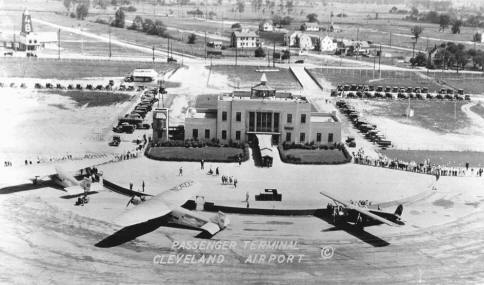