The civil air navigation service providers from Germany DFS, the Dutch LVNL and EUROCONTROL’s Maastricht UAC together with their military colleagues from the Dutch and German air forces, successfully executed a real-time simulation of an improved airspace structure at the Dutch-German border. This large-scale simulation took place during a two-week session held at EUROCONTROL’s premises in Brétigny, France. The main objective was to validate the feasibility of a new common airspace structure containing a common military training area and new civil routes. More than 40 air traffic controllers from the different civil and military control units concluded that the new airspace design structure can be implemented. In the coming months, final adaptations and changes will be made to ensure its realisation in autumn 2015.

The airspace at the Dutch-German border is one of the most congested air traffic areas in Europe. Today this area has to accommodate major European air traffic flows from the North Sea to the southeast and from France to Scandinavia, and vice versa. In addition, military training activity for the Dutch and German Air Forces has to be accommodated. In a two step approach, FABEC has developed a solution which will improve both safety, capacity and flight-efficiency on the civil side and mission effectiveness on the military side. To realise the large-scale changes needed, FABEC has set up the two-step project CBA Land/Central West.

As a first step, existing military training areas will be reshaped and combined in one common military cross-border training area, called Cross-border Area Land or CBA Land. In parallel, the civil route structure at the northern part of the Dutch-German border will be improved. Based on the positive result of the recent real-time simulation, the implementation in autumn 2015 was confirmed. As a second step (autumn 2016), a military training area close to Eindhoven will be closed to allow more direct flows from Amsterdam to Frankfurt as well as to the eastern part of Europe. 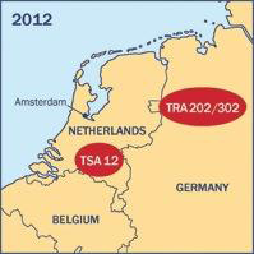 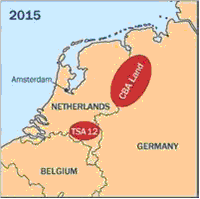 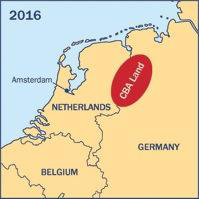