"We are impressed by the professionalism and transparency ANS Finland has shown during our procurement. Amongst 6 received tenders, ANS Finland stood out as the strongest in our evaluation. It is crucial for ACR to cooperate with partners and suppliers understanding our business as well as letting us be part of and letting us influence the process. Training air traffic control professionals is costly and it is important that we together with our supplier aim for as high a success rate as possible." says Wilhelm Wohlfahrt, CEO, ACR Sweden.

"The agreement with ACR is a very important step forward for ANS Finland and we are happy to establish this cooperation regarding education of air traffic controllers for ACR. ACR develops its operations and competences in order to become an acknowledged service provider internationally within the air navigation services and ANS Finland can support this strategy by providing tailor made training programmes." says Matts-Anders Nyberg, Senior Vice President, ANS Finland. 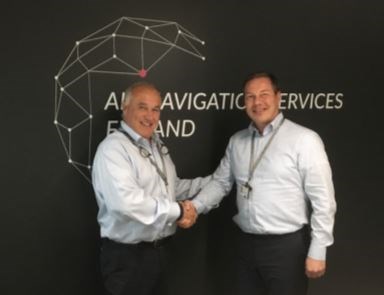 ANS Finland, owned by the Finnish state, is responsible for managing the use of Finnish airspace as well as providing flight route and air navigation services at airports in Finland. ANS Finland is also responsible for basic and further education of air traffic controllers. The training programs take place in modern premises near Helsinki-Vantaa airport. ANS Finland has approximately 450 employees and a turnover of approximately 80 million euro.

"We are looking at cost savings of several million Swedish crowns a year for airlines and airports alike. State owned and privately-owned companies operating air navigation services provide the same high level of safety. We see most airports in Europe as our potential future customers." continues Wilhelm Wohlfahrt.