Chinese civil aviation develops constantly and rapidly, the scope of transportation is expanding, the total Chinese civil aviation transportation turnover (excluding Hong Kong, Macao and Taiwan) has maintained the second place in the world.
The total investment of Civil Aviation Authority during the period of the 12th Five-Year Plan will exceed $ 4.25 trillion, the investment increased by 50% relative to the period of 11th Five-Year Plan. According to CAAC, 70 new airports, 16 airports transferred, 101 airports transferred and extended a total of 187 projects, more than 1,900 aircrafts. It is expected that by the end of period of "the 12th Five-Year Plan", the traffic volume of passengers will reach 450 million people; the number of transport airport will reach more than 362 (175 currently); fleet size rose from more than 2600 currently to over 4500. Local governments will greatly support the development of the aviation industry.

Airport Expansion Summit China 2013 is held in order to accelerate the development of the airport in China, strengthen the internal and external communication, discuss the forefront issues of airport city and share the airport city development experience all around the world. 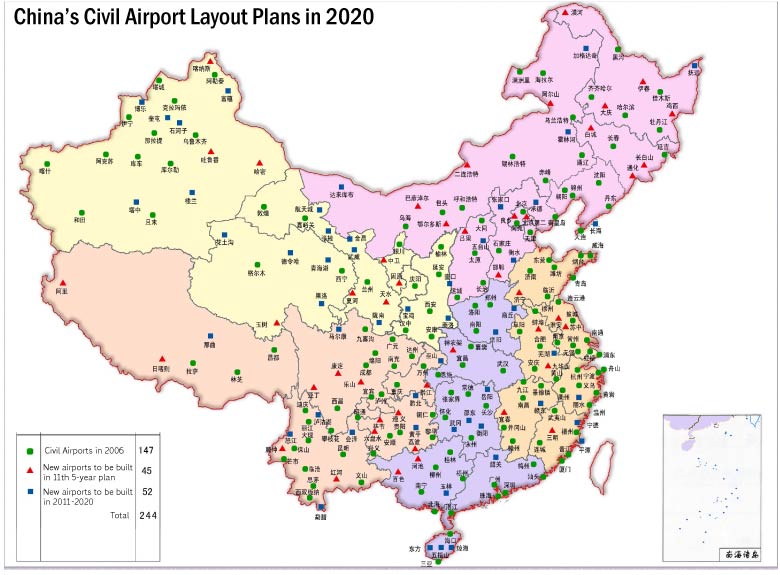