Airservices preparations for Santa’s visit to Australia on 24 December, one of the busiest nights of the year for our air traffic controllers, are well underway.

Airservices has allocated Santa his 2017 call sign—‘SLEIGH RIDER ONE’— so he can communicate with air traffic control on Christmas Eve.

We have used a number of initiatives including the use of tailwinds to lessen the effort for the reindeers to keep them fresh for the long trip, reducing airborne holding by making Santa the priority for the big flight and ensuring we minimise Santa’s sleigh noise by using a ‘continuous descent’ when arriving into every airport.

The initiatives we have adapted to Santa’s flight is in keeping with Airservices increased focus on technology and making better use of our systems to improve performance, efficiency and safety.

In the lead-up to Christmas, Airservices has been working closely with Santa to ensure safe and efficient passage for his sleigh and reindeer across the nation’s skies. 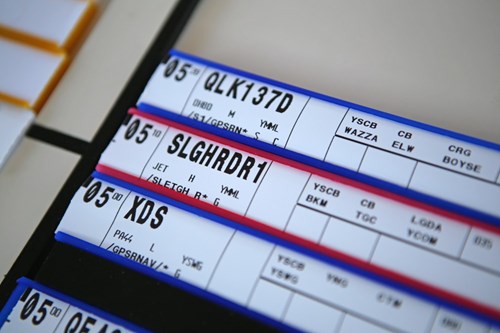