Airways New Zealand, the country’s air navigation service provider has supported Rocket Lab’s Electron rocket launches since 2017, when the aerospace organisation launched its first rocket into space. Since then 21 Electron rockets have been launched, deploying more than 100 satellites into orbit.

Now, Airways has signed a second five-year contract with Rocket Lab to provide air traffic services, including management of a ‘special use airspace’ around each Electron rocket as it launches.

“Airways continues to provide support in the preparation and execution of each Rocket Lab launch. We work closely with the launch team to ensure that every rocket has a safe flight path through New Zealand’s airspace,” says Airways’ General Manager of Air Navigation Services, Katie Wilkinson.

“Allowing safe and flexible access to the airspace is critical to supporting this growing industry in New Zealand, and we have a team of experienced air traffic controllers, flight service officers and air traffic services experts working behind the scenes to enable this,” she adds.

“We’re pleased to be working closely with Airways to ensure that our launch operations are safe and well coordinated with all aviation activity. Airways has played an important role in ensuring the safety of New Zealand’s growing aerospace industry,” says Izaak Connaughton, Launch Safety and Regulatory Affairs Manager for Rocket Lab.

Airways is in a strong position to be working with Rocket Lab as it continues to launch its Electron rocket into space from New Zealand.

Organisations such as NASA and Google have chosen New Zealand for their balloon launches due to its relatively uncongested airspace, Airways’ experience and robust systems and procedures, and a national appetite to support emerging technologies. 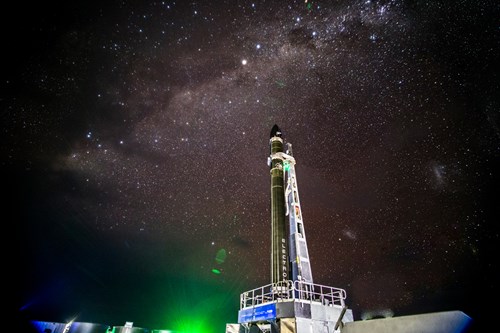