First operational AMHS connection in the Middle East has been active for three months. Its impeccable service and improved functionality are now tempting local Air Navigation Service Providers to establish further connections in the region. 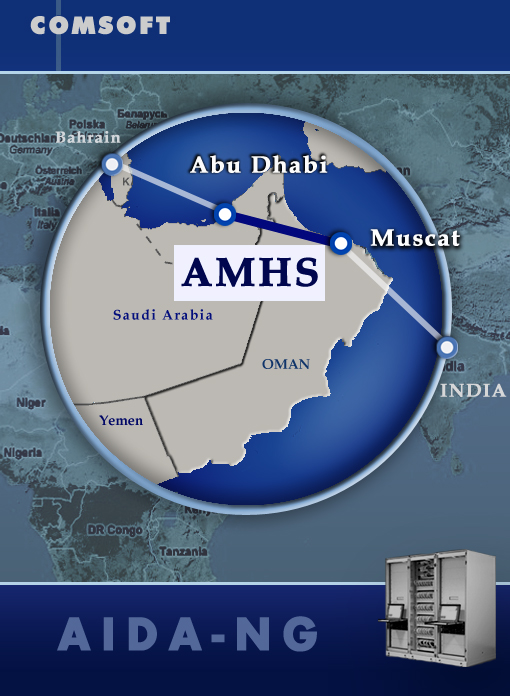 ABU DHABI/UAE, MUSCAT/OMAN, July 2009 The operational AMHS connection between the Emirates and Oman has been operational since April allowing the exchange of aeronautical data on an advanced level. COMSOFT the pioneer of AMHS connections proved its expertise as transition expert. Both involved systems are based on COMSOFTs AIDA-NG which fully integrates AFTN and AMHS networks thus allowing operators to instantly switch to the emerging technology with minimal adaptations of their operational procedures.
AMHS will gradually replace the current exchange standards such as AFTN and CIDIN, offering its users an extended scope of messaging features such as the possibility of including binary attachments or virtually unlimited amounts of data per message. The fact that Abu Dhabis GCAA and Omans DCA are now permanently and successfully operating their link propels the two neighbouring countries to a leading position in the region.
Based on the positive experience gained during the transition from AFTN to AMHS, the GCAA of Abu Dhabi is now evaluating the preconditions for establishing an AMHS connection with another partner in the Middle East.
COMSOFT GmbH was established in 1979 and has been active in the ATC domain for over 20 years. In 2006 they realized the first operational AMHS connection in Europe between AENA of Spain and DFS of Germany.
your benefits?