The WAM system is comprised of numerous sensors deployed throughout the country and a central processing system that provides data directly to Eurocontrol’s Air Traffic Management SuRveillance Tracker and Server (ARTAS) where ARTAS correlates WAM data with data from existing radars for a fused output. The WAM system provides one-second surveillance update, an improvement over secondary surveillance radar’s four second update rate. The initial operational use of the system is in the en-route airspace; the terminal area coverage volumes are expected to be integrated into full operational status in 2014.

Based on the success of the WAM system in the Innsbruck Valley, Austro Control decided to deploy WAM nationwide to complement and in some cases replace secondary surveillance radars. The new WAM system addresses the surveillance needs of today and prepares for future nationwide ADS-B coverage while significantly reducing lifecycle operating cost over traditional radar.

“The Austria WAM system enhances safety through a higher update rate and is providing radar coverage in lower airspaces that previously had no coverage,” said Ken Kaminski, general manager of Saab ATM. “This complex, highly reliable system is capable of processing more than 2,000 targets while delivering better performance than the EUROCAE ED-142 standard requires.” 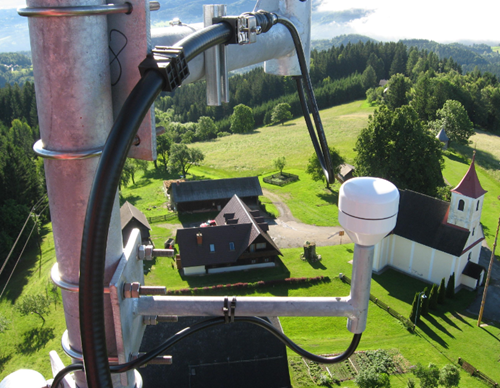