On February 1, the SECSI FRA went operational offering airspace users significant benefits along the South East Axis, by delivering the shortest route options from Central Europe to South Eastern Europe.  The benefits gained through the SECSI FRA are substantial. Based on the shortest route assignment potential savings per day are up to 1.940 NM in flight distance, 285 minutes in flight time, a reduction in fuel consumption of 8,000 kg and a reduction in CO2 emissions of 25,500kg.

SECSI FRA is expected to deliver potential savings of 600.000-700.000 NM in flight distance per year. It will make more options available when determining the user-preferred trajectory. Full cross-border FRA allows airlines to take better advantage of wind or adapt to network disruptions. The better use of FRA options at flight planning level improve predictability and reduce ATC workload. This initiative not only works towards achieving the goals of the European Commission regarding the implementation of “Free Route” across Europe but also fulfils airspace user´s requests for having multiple route options available for the same city-pair.

“This is the next significant milestone towards Free Route airspace across all of Europe – step by step Single European Sky is becoming a reality. The South East Common Sky Initiative Free Route Airspace will benefit airlines, passengers and the environment in reducing fuel consumption, travel time and CO2 emissions. ”, said Austro Control CEO Heinz Sommerbauer.

“It is a major achievement, that five ANSPs closely working together were able to implement SECSI FRA in less than a year. This project will not only make the flow of air traffic through Europe more efficient, but is also a clear sign that significant progress towards achieving the goal of a Single European Sky is being made”, said Austro Control COO Thomas Hoffmann.

For Eurocontrol the successful implementation of SECSI FRA also represents an important step towards achieving Free Route airspace across Europe. “Following the successful implementation of the SAXFRA and SEAFRA initiative, the South East Europe Common Sky Initiative is an excellent example of how cross-border Free Route Airspace implementation progresses in Europe in complex airspace.  The detailed and innovative work conducted by the five ANSPs in close coordination with the Network Manager and completed in under a year makes this initiative a tangible example of how the European ATM network can be optimised. It opens significant opportunities for further airspace optimisation in Central and South East Europe with similar neighboring initiatives”, said Joe Sultana, Network Manager Director Eurocontrol.

The cooperation of SAXFRA and SEAFRA will produce one of the largest cross-border Free Route airspaces in Europe and is a major step towards achieving a common European Free Route Airspace by 2022. 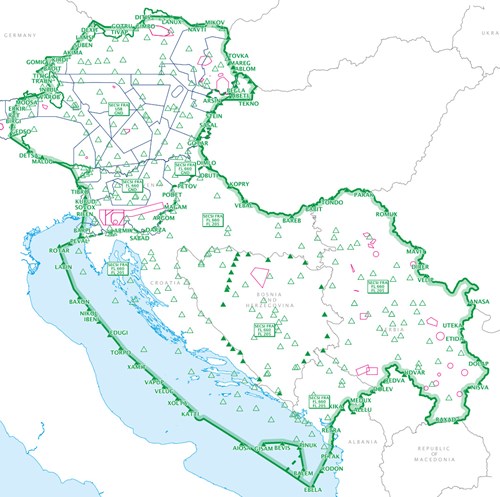