Barco, a leader in display and visualization solutions for selected professional markets, and Samsung Electronics Co., Ltd, the worlds largest provider of liquid crystal display (LCD) panels, have agreed to renew their successful partnership for the supply of ISIS and Isona displays for the Air Traffic Control (ATC) market. 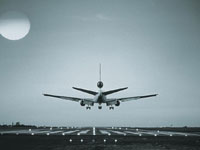 With this new contract, the exclusive cooperation between Barco and Samsung is extended until December 2013. Long term support is guaranteed till 2020. At the launch of ISIS in 2000, an exclusivity contract for an initial period of 4 years was agreed between Barco and Samsung. The partnership was renewed in 2004 and enabled Barco to take advantage of new LCD technology in 2006. The partnership agreement covers not only LCD panels for the ISIS display, but also for the Isona display station. "Back in 2000, Barco selected Samsung because their invaluable technology knowledge of different size LCD panels", Frank Köhne Market Director of Barco ATC stated. "Today, Samsung is still at the leading edge of technology on LCD displays. We are delighted with the continuation of our partnership that has contributed to the worldwide success of our ATC main displays." Since its introduction in 2000, ISIS has reached a worldwide installed base of over 7,500 units at mostly operational ATC sites located in over 75 countries. Some of the recent program wins for ISIS include ATC projects in Brazil, Ireland, UK and Belgium. The renewed exclusivity contract will be valid till 31 December 2013, which gives Barco the possibility to support its customers LCD displays until at least 2020 (Barco's standard support policy guarantees a minimum 7 years of support towards its customers). "The renewed contract gives us the possibility to guarantee our ATC customers the delivery of ISIS and ISONA displays, even in times like these when there's a shortage of LCD displays on the market", Frank Köhne added.
your benefits?