Barco has been selected by EADS Defence & Security, Ulm, Germany, for the delivery of visualization hardware and software components to be integrated into new radar systems of the German Air Force. 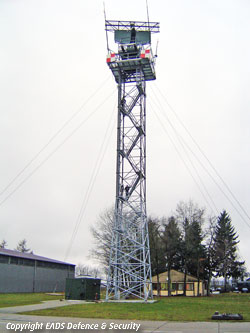 The contract fits into a comprehensive program including the upgrade of 22 radar systems for military airfields all over Germany by 2015. The new radar systems of the type ASR-S ordered by the German authorities will replace 30-year-old radars which have been used for military air traffic control. The new systems will be used for approach control at the airfield itself and for airspace surveillance within a large radius to safely coordinate, amongst other things, military flight movements with civil air traffic. In total, Barco will cater for the upgrade of 21 sites plus one optional site, each representing six ATC controller working positions. Into the ASR-S radar system, Barco will integrate its display and processing software components based on the commercial-off-the-shelf software suite OPScenter which has been designed for efficient implementation and operation of high-performance mission-critical systems. OPScenter software components have been widely used in the field of Air Traffic Control (ATC) as well as other command and control applications. The contract also includes the delivery of Barco's 2Kx2K ISIS main displays, 24" Auxiliary Display Panels and 20" Tower Control Displays. These displays will equip six controller working positions per site, and will each be combined with a touch input device. Currently, the first radar system prototype has been implemented at the Air Force site of Büchel. This implementation has served as a basis of the project approval process (Musterzulassung). Further deliveries for Barco are scheduled for 2009.
your benefits?