Last night the inaugral CANSO ATM Dinner took place at theKrasnapolsky Hotel on the Dam in the centre of Amsterdam. After the dinner the Jane's ATC awards were announced. Details of the awards follow in this report. 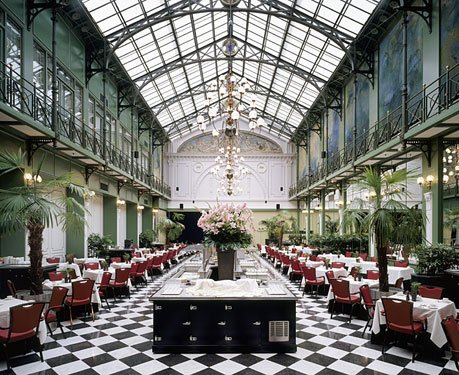 In the spectacular setting of the Krasnapolsky Hotel a fantastic evening was had by all who attended the 'ATM social event of the year.'

A cocktail reception, was followed by a 3 course meal, entertainment from surprisingly talented waiting staff and an after dinner speech from ex-MD of BMi Baby, David Byron.

The evening was rounded off with the award ceremony for the Jane's ATC Awards.
This year there was seven awards up for grabs in differing categories from Enabling Technology and Environment to Innovation and Runway Safety.


To follow the Contribution to European Air Traffic Management Award (ATM) award.
Eurocontrol were nominated for four seperate projects for this award. Also in the mix were DFS for their remote tower system and Egis Avia and DSNA for their Maestro Departures manager at Paris CDG.

The Winner: NATS/Airbox AWARE Global Navigation Satellite System (GNSS)based navigation aid for general aviation use.
.
Next up was the hotly contested Industry Award.
This award would be contested by Boeing, Comsoft, Eizo Nanao, Quintiq and Thales

The Winner: Boeing - InFlight Optimization Services for automated fuel savings advisories to aircraft while in flight.


Also an award with much prestige was the sixth and penultimate award, The Innovation Award.
The winner for this award would come from Pegasystems, Searidge, STR Speechtech, Sunhillo and Wacom.

We would like to congratulate all those who took part and all the professionals involved in the organisations, projects and products which were nominated which are an integral part of the future of this industry.
your benefits?