Airbus Defence and Space is to equip the military airfields in Germany with the most powerful airport surveillance radar (ASR) available today which will increase flight safety and improve the efficient use of airspace. With the inauguration of the first ASR system at Air Wing 33’s Büchel Airbase the company started the hand-over of 23 radars which are under contract within a € 250 million upgrade programme of the German procurement authority.

The ASR systems will replace the 30-year-old radars which have been used until now in military air traffic control. The new radars will be used for approach control at the airfield itself and for airspace surveillance within a radius of 60 NM (110 km) to safely coordinate, amongst other things, military flight movements with civil air traffic.

The ASR consists of a primary radar on the basis of a semiconductor transmitter and a state-of-the-art signal processing technology for long-range surveillance. It is combined with the MSSR 2000 I secondary radar for automatic identification of individual aircraft. This secondary radar meets the new air traffic control standard “Mode S”, which greatly improves aircraft identification queries and is currently to be introduced in Central European airspace. 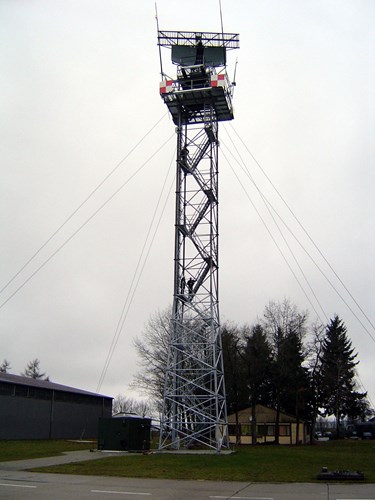