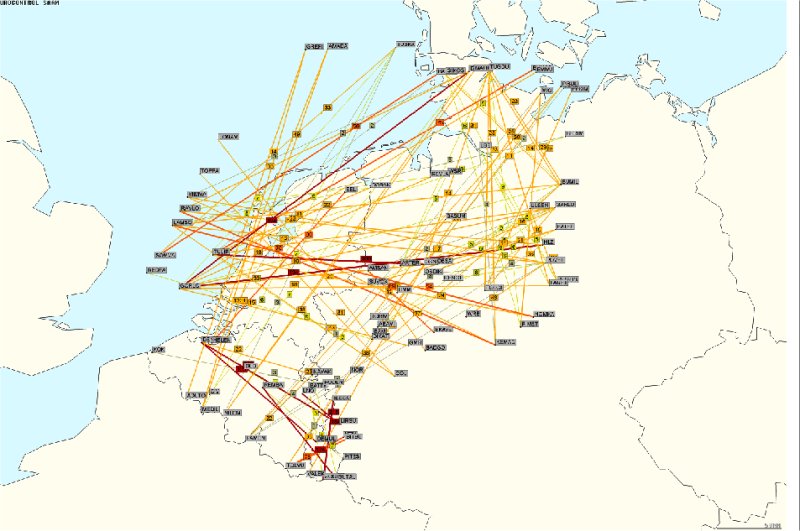 To ensure maximum safety the new routes will initially be used during the least busy hours of the night. As from the end of the year, they will also be used during weekends.

This development is the first step in the implementation of the Free Route Airspace Maastricht (FRAM) programme, which aims to put in place a direct route network for 24/7 operations, saving airlines several million km of flight time.

The savings expected from the first phase of FRAM deployment during nights and weekends are estimated at 1.16 million km per year, resulting in economies of 3,700 t of kerosene, 12,000 t of CO2 and 37 t of NOX when compared to the fixed route network.

For several decades now air traffic controllers at MUAC have been offering airlines direct routes as far as possible. However these routes or direct clearances have not been reflected in the flight plan, which has always referred to the fixed route network. Aircraft operators will now be able to flight-plan these routes, which will generate greater flight efficiency and lower fuel consumption, said Karl-Heinz Kloos, Director of MUAC. Across the air transport industry, both airlines and air navigation services have actively engaged in ensuring carbon-neutral air traffic growth. FRAM is a key development towards the implementation of shorter routes and a more efficient use of the airspace across the continent, Karl-Heinz Kloos added.

Air routes in Europe are not optimally designed. Recent calculations show that in 2009 a flights route was on average 47.6 km (or 5.4%) too long compared with its optimum flight trajectory.

See map below for illustration of the new routes: