In a new cornerstone towards, the build up to the launch of the dans Training facility, Dubai Air Navigation Services (dans) signed a leasing agreement with Dubai Aviation City Corporation (DACC) that establishes a facility within Al Maktoum International Airport (DWC) as the location from where dans operational training will fully operate. The agreement was signed by the Chiefs in Command from both entities, H.E. Mohammed A. Ahli, Director General of Dubai Civil Aviation Authority and CEO of dans, and H.E. Khalifa Al Zaffin, Executive Chairman of Dubai Aviation City Corporation. The signing formalities were conducted also in the presence of Ms.Suzan Al Anani, Chief Executive Officer of Dubai Aviation Engineering Projects (DAEP), and Ibrahim Ahli, Deputy CEO of dans.

As dans’ Training facility gears up to open its doors, a myriad of training courses that address all technical, operational as well as theoretical subject matters in the field of Air Traffic Management (ATM) are going to be offered. The facility primarily focuses on creating a global training hub from within the Emirate of Dubai that has the capacity to train individuals who are already experienced in the ATM sector and are keen to enhance and develop their operational aptitude and skills further, in addition to individuals who are looking to enter this unique field and pursue a new career opportunity within.

In light of the leasing agreement that was newly signed between dans & DACC, H.E. Mohammed A. Ahli, Director General of the Dubai Civil Aviation Authority (DCAA) and CEO of dans commented: “ In line with the economic vision set for the Emirate of Dubai and in alignment with our dedication to support HH Sheikh Mohammed Bin Rashid Al Maktoum, Vice President of the UAE, Prime Minister & Ruler of Dubai  slogan of “connecting minds to build a better future”, and as a result of the continuous leadership and support we receive from HH Sheikh Ahmed Bin Saeed Al Maktoum, dans Chairman, the launch of the dans Training Facility is going to mark a very important and unparalleled milestone in the history of the ATM sector in the United Arab Emirates. The signing of the leasing agreement which now identifies the location is a crucial positive step in the right direction for the training facility, whose name shall soon resonate across local, regional and international fronts for being the leading operational training provider synonymous for quality driven contemporary taught operational courses. The facility shall open its doors to not only professionals working in the UAE, international caliber working in the sector interested to further enhance their skills will also be accommodated in the courses. Moreover, operating such a unique facility that is specialized as such from within the UAE, also supports our efforts in preparing and equipping Emirati talent with the necessary skills required to succeed in an ever growing ATM sector which continuously requires keeping up with the fast pace of innovation and its developments. On that note, we would like to express our appreciation for the synergy we have received from DACC led by H.E. Khalifa Al Zaffin, the Executive Chairman, as they have incubated the initiative of the facility enabling this important milestone to occur, as we establish Al Maktoum International Airport as the CenterPoint of the facility from where all future operational trainings will commence”.

H.E. Khalifa Al Zaffin, stated that this project embraces the vision of HH Sheikh Mohammed Bin Rashid Al Maktoum, Vice President of the UAE, Prime Minister & Ruler of Dubai who outlined “we are not building the largest airports in the world, we are building the aviation capital of the world”. The establishment of a world-class aviation training facility that is locally developed addresses this vision and will establish a legacy for the UAE’s knowledge based economy. DACC is proud to be associated with the dans project where learning and innovation go hand in hand to benefit the UAE’s Aviation industry. 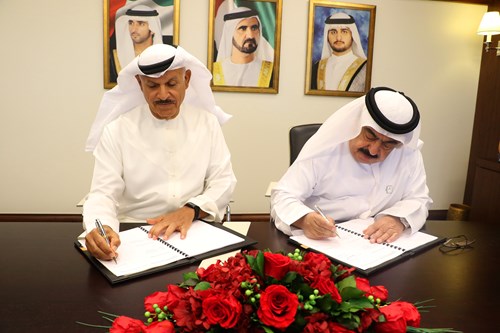 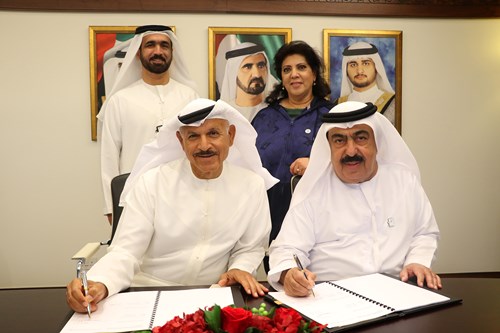 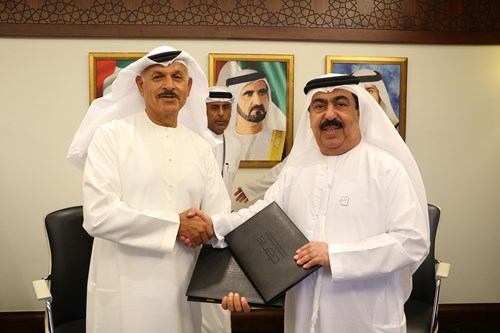