DFS, the German air navigation service provider, looks back on a difficult business year 2020, with air traffic volumes and income generated from charges falling by half. Air navigation services count as part of the country's critical infrastructure under German legislation and DFS had to ensure that air traffic control and engineering staff were ready to work and that training could continue. An efficiency programme was put in place to drive cost reductions. DFS also stepped up its activities in the area of environmental and climate protection.

DFS controlled 1.46 million flights last year – the lowest number ever and 56.2 percent fewer than in 2019 (3.3 million). Overall, take-offs and landings at the 16 designated international airports fell by 58.7 percent. Only cargo traffic remained stable during the pandemic, with Leipzig Airport for example, which has a large share of freight traffic, seeing a decline of 17.5 percent.

Under German law, DFS counts as part of Germany's critical infrastructure, which means that 70 percent of air traffic controllers and 90 percent of engineering staff have been required to work – regardless of the actual traffic volume. "Even when aircraft stand still and traffic volumes are low, we have to remain on duty around the clock," said Arndt Schoenemann, CEO of DFS since April 2021.

According to DFS forecasts, air traffic will remain at a low level in 2021 initially. The pre-pandemic level is not expected to be reached until 2025.

During the pandemic, the new airport of the Germany capital, Berlin Brandenburg Airport (BER), opened and the implementation of remote tower control at Erfurt Airport continued. DFS also took advantage of the low traffic volume to develop and introduce environmentally friendly procedures, including an approach concept with a greatly expanded continuous descent from cruising altitude. "First and foremost, DFS stands for safety, but environmental awareness has also long been a matter of course for us."

As part of an efficiency programme, DFS is currently examining all core processes. "With this programme, we are focusing on streamlining processes, as well as adding more digitalisation and automation. Air traffic will stage a comeback. This will need a strong, efficient DFS." This was the takeaway of the DFS CEO at today's annual press conference in Langen, Germany. 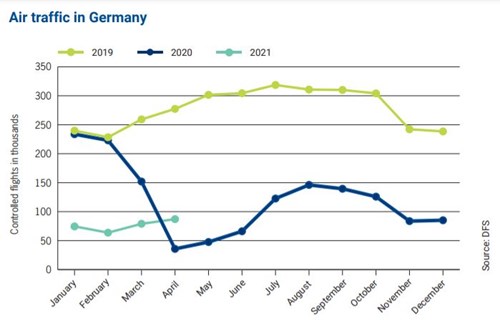 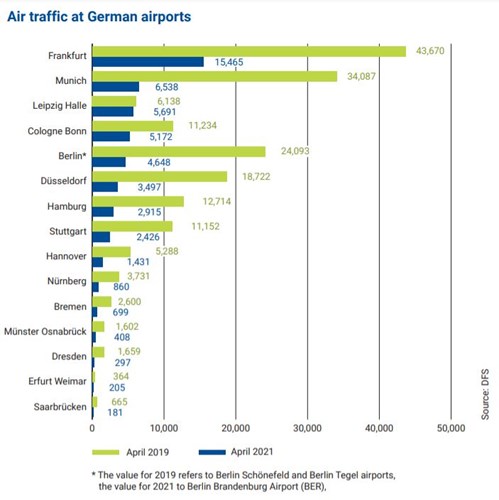 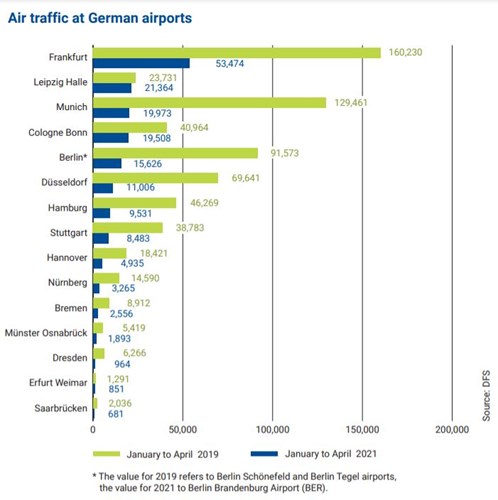