On 31 July 2020, the final deliverables « SWIM Governance » Project were delivered to the SESAR 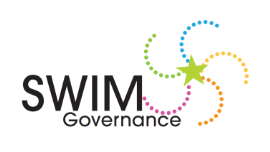 Maurice GEORGES, Director of DSNA, highlights that "the establishment of SWIM Governance paves the way for a controlled deployment of SWIM services which will facilitate and improve exchanges between ATM operational stakeholders. Completing this Project is a crucial step enabling the European ATM digitalization."

The Implementation Project developed a robust governance framework through a consistent set of principles, rules, processes and structure for SWIM governance, laid down in a structured set of documents (Agreement, Structure and Terms of Reference, SWIM service provision policy, etc.). In addition, the Project also delivered some more “practical” deliverables such as a dry-run of the SWIM Governance structure, the set-up of the European Registry of SWIM services hosted by Eurocontrol, and some testing of “real-life” SWIM pioneer services in Europe such as Coflight Cloud Services, facilitating remote access by skyguide to a new generation of flight data processing system.

With more than 20 Project members, the collaborative work proved successful despite the difficult and challenging topics addressed, with results accommodating as much as possible the stakeholders’ diversity. The Implementation Project was instrumental in getting a stronger voice on the international arena (e.g. ICAO, US FAA and other regions).

Nicolas WARINSKO, General Manager of the SESAR Deployment Manager, stated : "I congratulate DSNA and all involved partners for completing this 145th SESAR deployment project. The Project completion is not the end but the beginning of a new chapter, where SWIM Governance provides the backbone for true ATM digitalization. We need to continue the work now, building on the trust framework created. To be successful, SWIM implementation needs the involvement of all European ATM stakeholders."