The European wake vortex recategorisation (RECAT EU) implemented at Paris-CDG and Le Bourget airports was the winner of this year’s IHS Jane’s ATC Awards in the “Environment” category. The winners were announced at a ceremony at the World ATM Congress held in Madrid on 6 March 2018. A panel of senior experts assessed the entries. 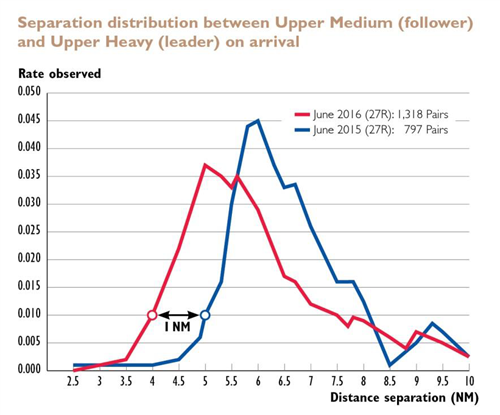 The new European separation standard for aircraft wake turbulence, developed by EUROCONTROL and adopted by DSNA at Paris-CDG Terminal Area, has safely optimised wake sequencing on arrivals and delivered more accurate separation between leader and follower aircraft. With RECAT-EU, Paris-CDG controllers have been able to reduce spacing distance by up to 30%, depending on the sequencing of aircraft, resulting in a reduction in delay, aircraft flying time and fuel consumption.

EUROCONTROL has adapted ICAO standards to improve runway throughput at major European airports. RECAT-EU defines six categories of aircraft, taking into account the strength and evolution of the wake turbulence generated and the resistance characteristics of the following aircraft. The two ICAO ’Medium’ and ’Heavy’ categories have each been divided into ‘Upper’ and ‘Lower’.

Maurice Georges, DSNA CEO, said: “We are very proud of having deployed this new operational concept at one of the busiest airports in Europe. This project is the result of close cooperation with EUROCONTROL. It has brought quick wins in terms of safety and capacity: thanks to RECAT-EU, runway throughput at Paris-CDG has increased by 2-4 aircraft movements per hour at peak periods.”

Philippe Merlo, Director ATM at EUROCONTROL observed: “Paris-CDG is a pioneer for RECAT-EU implementation in Europe. CDG has demonstrated that this innovative concept contributes to operational performance. Leipzig-Halle airport has also deployed RECAT-EU to optimise its Heavy freight peaks. Deployment is also expected at Vienna and London-Heathrow airports in 2018.”

In the near future, fine-tuned, time-based separations on departure will also be implemented, supporting the full potential of RECAT-EU’s expected capacity benefits. 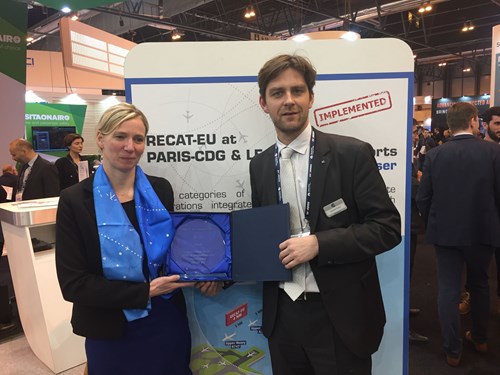