The aviation industry must guard against becoming complacent about safety at a time when the number of fatal accidents in commercial aviation has been decreasing over the last decade, industry experts speaking at the European Union Aviation Safety Agency’s annual safety conference in Helsinki warned.

While safety is widely established as the top priority for the aviation industry, commercial pressures can present a challenge to that focus. Compromises on safety however run the risk of losing the confidence of the general public, said Pekka Henttu, Director General of Civil Aviation at the Finnish aviation agency Traficom, co-host of the two-day event: “Airline operational safety: a vision for the future”.

“Commercial pressures. For the first time actually in this conference we have discussed this and they are a fact. We have to admit that they are present,” Henttu said. “Aviation has to find a good balance between safety, security, environmental sustainability and the business side.”

Speakers warned repeatedly that strong growth in the aviation industry in coming years meant that more had to be done if the safety record were to be maintained. The consequences of fatal accidents for public trust were very clear, as demonstrated following the tragic accidents sustained by the Boeing 737 MAX.

Topi Manner, CEO of Finnair said: “Aviation is a growth industry. If aircraft and flight numbers double in the next decade, maintaining the current fatal accident rate would mean significant absolute increase in fatalities.  That is not acceptable. We must continue to improve safety.”

“People want to fly at competitive prices and they want to fly safely,” said Joachim Luecking, Head of Unit Aviation Safety in the Directorate-General for Mobility and Transport of the European Commission. Environmental issues were also extremely important, Luecking added: “The aviation industry should not underestimate the pressure coming from that side.”

EASA’s Executive Director Patrick Ky pointed to technological development as a way to increase future safety, citing various old technologies still in use in aviation, for example the continued use of radio frequencies for communication with air traffic controllers.

“The future is certainly that we as a community need to decide to invest into technologies which increase the level of safety,” he said. This could include using automation to cover non-critical operations to allow a pilot or other crew members to focus on more critical tasks.

A wide-ranging discussion on digitalisation addressed the pros and cons of autonomy – aircraft flying without a pilot – with the conclusion that this was a long way away for commercial flights, though probably much more immediate for urban air taxis. It also tackled the need for data sharing, as widely as possible, so as to allow for a predictive and preventive approach to safety and progress on environmental protection. Artificial intelligence would be required to process that information which could lead, for example, to reductions in CO2 emissions through better fuel planning.

Taking advantage of the conference’s location in one of the EU’s northernmost capitals, a discussion of winter operations focused on the importance of preparedness, including staff training. Climate change was making winter conditions less predictable. The need for development of more environmentally friendly, but effective, de-icing methods was also raised

Aircraft leasing is a growth area in the industry with different scenarios and business models related to seasonality or shortages of aircraft. It was generally agreed that leasing did not in itself create any compromise on safety, but that the regulatory system may need to better evolve to support increased leasing transactions.

Finally, the case for reinforcing the safety management function within an airline was discussed. Support from the top of any organisation was seen as a key component in establishing and maintaining a safety culture. A multi-disciplinary top management team with operational experience and engineering knowledge, trained safety managers at a senior level in the organisation as well as open exchange with operational staff were key assets. Effective risk management relied on organisations regularly examining their risk tolerance and monitoring their conformance to it. 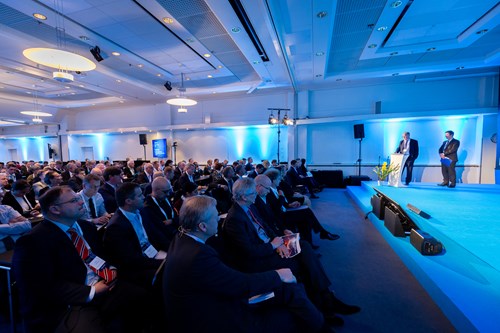 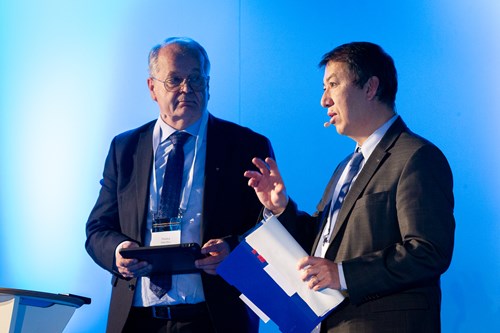