Cheaper, safer and more environmentally sustainable aviation with less delays will be enabled by the ASEAN Single Aviation Market and Seamless ASEAN Sky. Challenges and opportunities were discussed at the first ICAO-EASA forum on Civil Aviation in South East Asia.

Patrick Ky, Executive Director of EASA, said “Development of the Seamless ASEAN Sky together with the ASEAN Single Aviation Market is a must. It will soon become irrelevant how many passengers the airlines carry, aircraft are bought or freedoms of the air are agreed – if the air traffic management system cannot handle the demand, the only thing that is created is delays.”

“Besides the forecast growth here, many South East Asia governments will be confronted by a rapidly evolving sectoral environment in terms of technologies, operations, and business models,” commented ICAO Secretary General Dr. Fang Liu. “But as operations here continue to grow, and States continue to prosper from that growth, it is imperative that we continue to work continuously and cooperatively toward our shared objectives.”

Travel to, from, and within South East Asia is projected to grow at an average 6.6% annually over the next 20 years as passenger demand is stimulated by low cost carriers with expanding routes. The civil aviation authorities of South East Asia are facing increased air traffic despite continued major infrastructure limitations, leading to enhanced requirements for safety and the need to oversee and efficiently operate aviation facilities and services.

Since regional cooperation is essential, both ICAO and EASA implement a number of aviation safety programmes, allowing for the integration and harmonisation of rules and standards in safety, air traffic management, and climate change reduction from airline emissions.

The forum also discussed climate change, which has prompted ICAO to advance environmental standards for civil aviation without disrupting traffic growth, and the advanced digitalisation of aviation data to raise efficiency and safety whilst also enhancing commercial value. Other critical issues were also debated, such as cybercrime which is also extending to civil aviation and threatens to disrupt communications, and other critical elements of airlines and ATM. Data mining and analysis, shared cyber-security, and other counter measures to cyber threats are however building resilience to this.

The forum concluded with a wide range of recommendations for further development of the ASEAN Single Aviation Market, Seamless ASEAN Sky and other thematic challenges in civil aviation. These recommendations can then be considered by the South East Asian states, their partners and the aviation cooperation programmes in the region. 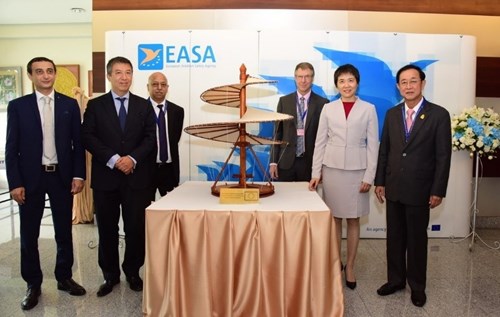