Today, ENAIRE brought into service a new cutting-edge radar on the island of Mallorca, in the town of Randa, that provides coverage and surveillance service for flights in the area of the Balearic Islands, as well as for traffic between the archipelago and the mainland. It will also cover aircraft to and from the airports of Palma, Menorca and Ibiza.

This radar services the ENAIRE air control centres of Palma and Barcelona and tracks an airspace within a radius of some 250 nautical miles (equivalent to an area of around 670,000 km2). Costing 1,131,575 euros, it replaces the previous civil radar installed in early 2003 and is located alongside a primary radar.

The radar in Randa is a secondary radar and is equipped with digital receivers and Mode S technology, which provides more information on flying aircraft, making it easier to route traffic and enhancing safety. This type of radar is used to monitor and control traffic, as it provides information on the position of each aircraft, its identification and its altitude, making it possible to locate and identify all the traffic that is operating within its range.

This new radar also includes an Automatic Dependent Surveillance—Broadcast (ADS–B) redundant station, enabling aircraft to be located using the information transmitted by the aircraft's on-board sensors. In the future, this feature will make it possible to keep receiving tracking information in the event of a mechanical malfunction in the radar station.

This ADS-B station was co-financed by the European Union's Connecting Europe Facility, as part of an ADS-B surveillance implementation project presented by the air navigation service providers of Spain (ENAIRE) and Portugal (NAV Portugal).

This radar joins the seventeen other Mode S radars already installed in Spain, and rounds out the coverage provided in the Balearic Islands.

This facility contributes to ENAIRE's international standing as an air traffic controller in the field of surveillance, in line with the European requirements to gradually introduce new technologies that improve the management of air traffic in Europe.

The secondary surveillance radar is a system that puts out an information request via a radio signal at a specific frequency received by the aircraft. To receive this signal, the plane responds via a transponder, which decodes the signal and sends the required information so that on the ground they can identify, in addition to its position, parameters such as the company it belongs to, the route it is taking or the height it is flying at.

Mode S secondary surveillance radar is an improvement over secondary monopulse radar, which was in use until the development of Mode S technology.

Another improvement that Mode S technology brings is an increased capacity to exchange information between the radar and the plane, which means that the aircraft can provide information on its flight plan, intended heading and altitude, and other parameters of the aircraft's flight management system.

Out of all the technology available for improving the provisions of the Spanish surveillance system, Mode-S is the most mature and established, allowing for improved operations in various European countries. 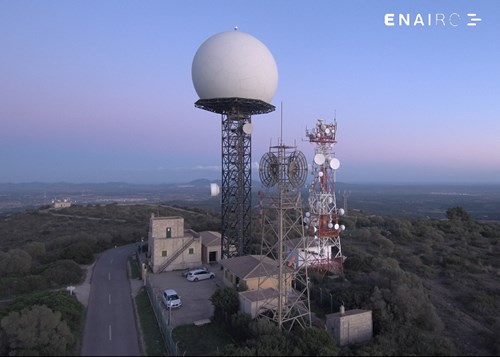