The Public Works Minister, José Luis Ábalos, has today inaugurated ENAIRE's new Terminal Area Control Centre in Valencia, installations designed to cater for the considerable growth in air traffic that is taking place in the Valencian Community, which is one of the most popular destinations for international tourists.

This project has involved an investment of 26.5 million euros, the Minister stating that "it is a strategic project because in the scope of aeronautical infrastructures, it is a replica of the Mediterranean Corridor, a social, economic and political priority on both the 'land and air sides'".

Ábalos pointed out that "the construction project was planned in 2007, foreseeing the need to increase its operating capacity to handle the expected higher levels of traffic and comply with new regulatory requirements". 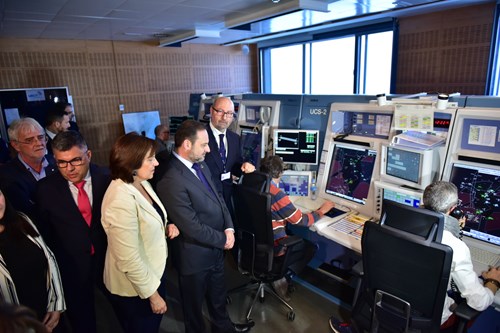 The investment made by the Ministry of Public Works in the Valencia Terminal Area Control Centre, channelled by ENAIRE, comes to a total of 26.5 million euros. This new Control Centre employs the latest technology in air traffic control and its redundant systems guarantee safety and continuity of air navigation services. 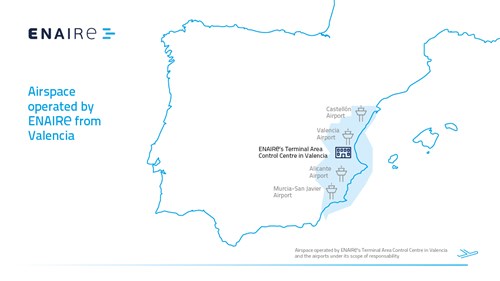 This new Control Centre manages an airspace of 59,000 km2, whose air routes are used by flights departing from and arriving at the airports of Alicante, Valencia, Castellón and Murcia, as well as part of the Madrid - Balearic Islands air traffic flow.

These ENAIRE installations support services for the Autonomous Community that are as vital as transplant and medical evacuation flights from/to the Hospital de La Fe and the National Transplant Organisation, the Maritime Rescue Air Base, fire-fighting flights, agricultural work, State Security Forces, the General Directorate of Traffic, recreational flying and flying clubs, as well as flying schools.

The centre is also responsible for coordinating the technical operation services rendered at ENAIRE's installations (navigation aids such as VOR or radar, required by an aircraft to keep on its route and to be located at all times), which are located in the Valencian Community, the Region of Murcia and at the Albacete Air Base. 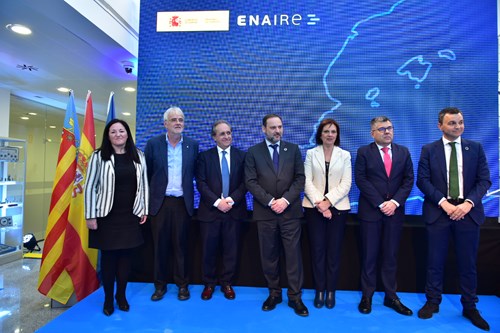 The Air Control Centre employs 127 people, of whom 76 are air traffic controllers, the remaining 55 being managers, engineers and technicians responsible for maintenance, operations and administration.

Video below in Spanish.