As part of its Strategic Plan, the 2025 Flight Plan, ENAIRE hosted the tenth edition of the international conference to enhance flight safety, in coordination with the European Organisation for the Safety of Air Navigation (EUROCONTROL) and the International Air Transport Association (IATA).

The event was held virtually today under the title "ENAIRE-EUROCONTROL-IATA Safety Workshop".

The main goal of the conference was to share various perspectives in the field of safety that are being employed to deal with the recovery of the aviation sector after the effects of COVID-19, from the point of view of Spain's air navigation service provider (ENAIRE), the European network manager (EUROCONTROL) and the airlines (IATA).

ENAIRE is the European leader in operational safety. This is clear from EUROCONTROL data on 30 providers evaluated using an indicator that measures the maturity and effectiveness of the safety management systems of air navigation service providers, called EoSM (Effectiveness of Safety Management).

In this regard, the head of the company's Safety Division, Jesús Romero, stressed that the recovery phase in 2021 has not seen any relevant safety events. "The implementation of the Air Navigation Services Recovery Plan, in coordination with the National Safety Agency, whose measures primarily entail enhanced training, simulator use and operational support in control rooms, has contributed to the fact that in this traffic recovery phase, the level of safety has stayed the same despite the long previous period low traffic", he stated.

According to data presented by the Safety Division, most notable of all was the interaction with general aviation traffic, which, in certain areas and periods of low commercial traffic, engaged in operations that deviated from established procedures. This problem has also been identified at the European level. As a result, in the wake of the collaboration between the leading European service providers, EUROCONTROL and other bodies, a new action plan is in place to reduce this risk (European Action Plan for Airspace Infringement Risk Reduction), which will be published shortly. 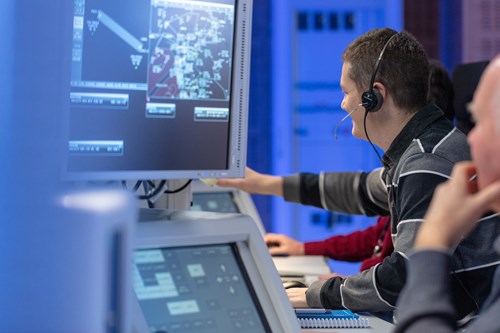 Participation of all ENAIRE Regions

In keeping with the above, ENAIRE's safety managers in the South (Ricardo Espantaleón), East (Carlos García) and Balearic (Gregorio Mut) Regional Directorates put forth a practical example of an airspace breach by a general aviation flight, detailing the implications on the safety of commercial aviation flights as well as possible measures to reduce this risk.

ENAIRE's Safety Managers at the regional directorates of the Canary Islands, César Álvarez, and Central North, Miguel Angel García-Hortal, focused on certain types of exceptional situations that may arise for air navigation service providers and airlines, as well as the actions to take to provide for any needs. Specifically, they brought up the case of volcanic ash, a highly topical issue due to the volcanic eruption on the island of La Palma, and emergencies just after take-off.

In the conclusions at the end of the conference, Jesús Romero, the Head of ENAIRE's Safety Division, emphasised that the main objective of this tenth edition, like all the previous ones, was to share experiences to improve operational safety in the aviation sector.