ENAIRE, Spain's national air navigation service provider, in collaboration with the airport manager, Aena, has implemented operational improvements in the airports of Jerez, Pamplona and A Coruña.
These improvements will allow for safer, more consistent flights at these three airports, as well as more efficient operations, cost savings and sustainability.

Jerez Airport
In the case of the Jerez Airport, ENAIRE placed into service a new arrival procedure based on satellite navigation for runway 02. By implementing this new procedure, ENAIRE is increasing the efficiency ofoperations, as well as accessibility to the Jerez Airport. Since these procedures do not depend on ground-based navaids, they provide a highly useful solution as an alternative to the current, conventional approaches, especially when the existing facilities are out of service or during maintenance. To carry out these procedures based on the use of satellite navigation, aircraft need to be properly equipped and the crews trained on their use.

As for the VOR/DME non-precision approach instrument procedure currently in use in runway 02 at Jerez Airport, the new satellite-based procedure improves performance by providing vertical guidance to aircraft in the final phase of the approach and bringing the decision height - which is where the pilot must decide whether to continue or abort the landing - closer to the runway threshold, thus improving service continuity at the airport.

The recent implementation of this new procedure in Jerez is in addition to those already rolled out by ENAIRE, in coordination with Aena, at the airports  of Josep Tarradellas Barcelona-El Prat, Seve Ballesteros-Santander, Almería, Valencia, Fuerteventura, Palma, César Manrique-Lanzarote, Vigo, A Coruña and San Sebastián. In addition, the Málaga-Costa del Sol Airport has a satellite-based ground augmentation system called GBAS, and procedures for precision operations based on this system. These new approach procedures based on satellite navigation will help continue to move forward in meeting the requirements of the Performance-Based Navigation (PBN) Implementation Plan, laid out in ENAIRE's 2025 Flight Plan. It also assists in complying with European Commission Implementing Regulation (EU) 2018/1048, the aim of which is to improve the efficiency of
air traffic management at the European level by implementing performance based navigation (PBN).

In order to allow for these new landing and take-off procedures, ENAIRE has conducted the necessary safety studies, which were duly processed with the National Aviation Safety Agency (AESA). Through this effort, ENAIRE is making available to users of the Jerez Airport a
satellite-based arrival procedure that improves the safety and consistency of operations at the airport. This is all possible without having to set up additional land infrastructure, which provides financial savings and operational benefits as a result. 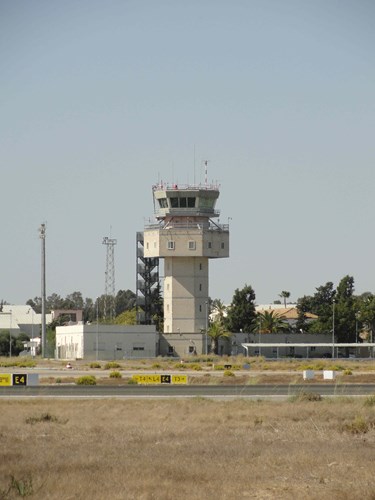 ENAIRE, in coordination with Aena, has made a new operational improvement at the Pamplona Airport with a new approach procedure based on conventional navigation, supported by the use of VOR radio aids.

This new approach procedure is intended to serve runway 33 at the airport, which, until now, did not have an instrument procedure for this runway after the instrument procedures were disabled following a severe storm in late 2020, which caused the indefinite shutdown of one of the NDB installations on which these procedures relied.

By implementing this new VOR procedure, ENAIRE is resuming instrument operations on runway 33, enhancing operational safety and making the airport more accessible. In addition, during the process of reviewing and designing the manoeuvre, it was updated in accordance with the current
regulatory provisions.

The complex terrain surrounding this new approach makes it impossible to establish a direct approach to this runway threshold, which is why the resulting operating minimums have been raised and require the landing to be completed under VFR conditions. Specific training requirements were also imposed in order for flight crews to be able to fly this new approach. 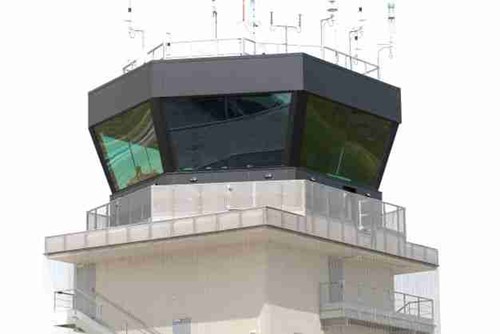 A Coruña Airport
ENAIRE, in coordination with Aena, has made an operational improvement to this Airport by doing away with the exclusive daytime use restriction of the satellite-based approach to runway 03 at the airport, which is completed using a visual trajectory on a set course.

When this manoeuvre was implemented in December 2019, the daytime-use restriction was established due to a lack of lighting at some of the visual references used to carry out the manoeuvre on a set course.

Now that Aena has added lights to these visual references, it was possible to modify the terms of the aerodrome certificate, allowing instrument approaches at night to runway 03 at the airport.

This improves accessibility to the airport, allowing instrument approaches to runway 03 of the A Coruña Airport at night as well. The landing can be completed as long as the conditions required to carry out the corresponding manoeuvres are met.

Throughout the implementation process, ENAIRE worked in close collaboration with the National Aviation Safety Agency (EASA) and conducted the relevant safety analyses to remove the current use restriction.