The measures adopted by ENAIRE in air traffic management have allowed airlines to save 8.6 million nautical miles in 2019, which represents a saving of 95,000 tons of fuel and the non-emission into the atmosphere of 298,000 tons of CO2 , only in the management of direct (flights cut by the controllers). This has been indicated by José Antonio Aznar, head of ENAIRE's Quality and Environment Division in the Decarbonization of Aviation virtual conference. Perspectives for aeronautical research in Europe .

In his presentation ( Focus on operations, the point of view of ANSP and airlines ), Aznar highlighted some of the main measures adopted by ENAIRE in recent years to increase the efficiency of flights and contribute to the fight against change. climate, highlighting the following:

José Antonio Aznar has assured in his presentation that with these and other measures ENAIRE has achieved that 58% of the aircraft en route operated in our airspace reduce the distance of their flights, and that the excess of Taxi out (time since the The tower controller gives the order to the pilot to go to the take-off area until the take-off itself) in the main Spanish airports, which is one of the lowest in Europe. 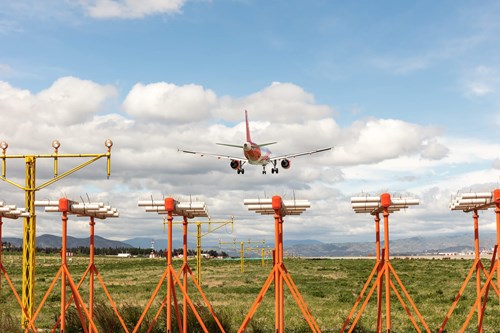