The IRS event finally took place in the Czech Republic this year after 17 annual conferences held in other Central European countries. The International Radar Symposium IRS 2017 was organized by the German Institute of Navigation (DGON) and the University of Defence in Brno at Clarion Hotel in Prague from 28 to 30 of June. In total 330 scientists participated in the radar conference and presented their interesting research results during oral and poster sessions including several ERA radar specialists.

The International Radar Symposium aims at providing a forum for both academic and industrial professionals in radar technology from all over the world. It brings together academicians, researchers, engineers and students to share and discuss both theoretical, experimental and practical knowledge. The participants were from three dozen countries, including Germany, Czech Republic, China, Poland, Italy, Hungary, France, Finland, the USA, Canada, the UK, the Netherlands, Japan, South Korea, Russia, Bulgaria, Ukraine, Iran etc.

ERA as a major player in the R&D radar community, not only subsidized the event but also sent several of its experts, who lectured on passive radar systems developed in ERA and in the Czech Republic respectively. Vojtech Stejskal from the ERA Strategy department, in his talk entitled “Renaissance of the Radar Valley” as part of the main panel, focused on the Pardubice region and its “Silicon Valley” effect in electronics. Another Czech participant, symposium co-organizer Prof. Jiří Veselý also touched on this theme, his lecture topic being “The History of Radar Surveillance in the Czech Republic.” Another ERA researcher Tomas Shejbal took active part in one of the lecture panels and described the details of ERA recent R&D project – the Passive Coherent Location Technology.

There was also a varied exhibition on site of companies related to radar topics. The international audience at IRS 2017 could visit their exhibition booths while gathering between symposium sessions and during coffee and lunch breaks. ERA thus had an opportunity to present its work to world-leading scientists from universities, labs and industry active in radar research fields.

The International Radar Symposium (IRS) has a 19-year historical development. The successful start was in Munich, Germany in 1998, which led to a series of conferences in Berlin, Bonn and Dresden.

“Joint cooperation with Polish radar society led to an idea to further integrate the radar experts from east European countries. Since that time IRS has been held every two years in Germany, Poland as well as in Lithuania and this year in Czech Republic“, said the IRS founder and Chairman, Professor Hermann Rohling from Hamburg University of Technology.

Together with the University of Defence in Brno, the intention of organizing the symposium the Czech Republic was developed. “I met Hermann and expressed our interest in participating in IRS and placing our country on the list of potential organizers. He consequently gave me his full trust to prepare the symposium in Prague,“ stated  Jiri Vesely, IRS 2017 Co-Chairman.

As part of the conference programme, the Christian Hülsmeyer Award by the German Institute of Navigation (DGON) was given for outstanding contributions to the field of radar system design and development. The ceremony took place in the Grand Ballroom of Slovanský Dům. 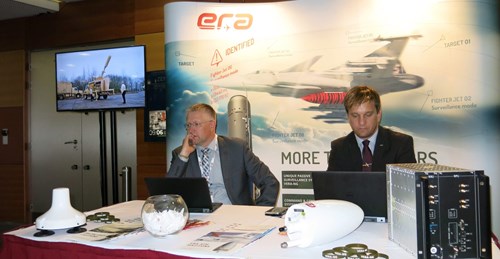 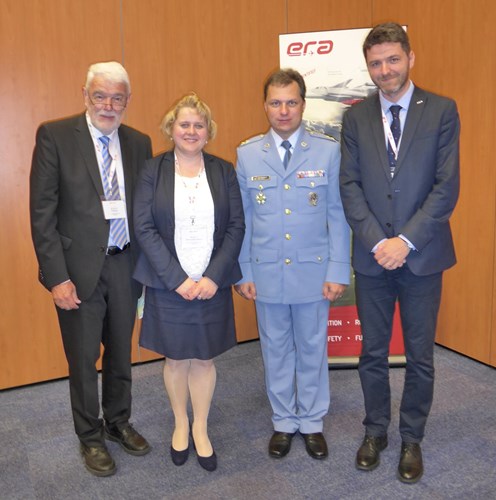 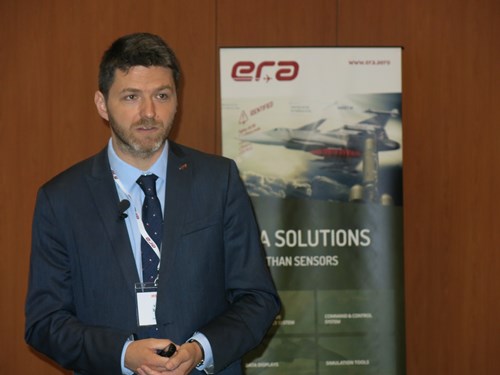