Special Bulletin Magazines
Mr Brenner is currently the DFS (Deutsche Flugsicherung GmbH) General Manager Operations for FABEC. Prior to this, he held a number of different positions with DFS most recent of which was as Director of the Business Unit Control Centre where he was responsible for leading the German air traffic control centres with more than 2,500 employees and a budget of more than €600 million per annum. 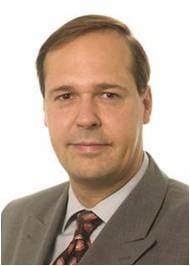 Mr Brenner will succeed Mr David McMillan, who has been Director General of EUROCONTROL since January 2008 and whose term ends on 31 December 2012.

I am delighted that the EUROCONTROL Member States have nominated Frank as my successor. Frank is a leading figure in European ATM and his knowledge and skills will be a tremendous asset to the Agency. I look forward to working closely with him over the coming six months as we prepare a smooth transition, said David McMillan, Director General of EUROCONTROL.