In order to further optimise the use of airspace and support all civil and military airspace users, in preparation for the Dutch airspace redesign planned for 2023, EUROCONTROL’s Maastricht Upper Area Control Centre (MUAC), in close cooperation with the Royal Netherlands Air Force, the Dutch Ministry of Defence and the Dutch Ministry of Transport, created the MUAC Flexible Use of Airspace (FUA) Cell, which came into operation on 8 June 2020.

The principle of the FUA concept is that airspace should not be classified as military or civilian, but should be considered a national asset and should be used flexibly. Consequently, in order to meet the requirements of all airspace users and help overall network performance, any possible specific designation of airspace should be temporary. The application of the FUA concept aims to ensure that military and civil airspace requirements are met through the daily allocation of flexible airspace structures.

The benefits for both civil and military users are:

The MUAC FUA Cell has taken over some of the tasks previously performed by the Dutch Airspace Management Cell (AMC) such as the daily publication of the activation times of military areas in the Airspace Use Plan (AUP) and their updates in the Updated airspace Use Plan (UUP) for the Amsterdam Flight Information Region. Located within the pre-tactical branch of the MUAC Capacity Team, the MUAC FUA Cell will be manned from Monday to Friday between 08:00 and 18:00.

With the creation of the MUAC FUA Cell, airspace management will become an integral part of the air traffic flow and capacity management (ATFCM) process within the Netherlands, which is in line with the Netherlands Airspace Vision.

The creation of the MUAC FUA Cell was a logical step after the control of military air traffic in the Amsterdam Flight Information Region was transferred to MUAC in April 2017, making it the first cross-border civil-military air navigation service provider in Europe.

The tasks of the Dutch Airspace Management Cell are currently carried out from two locations, the LVNL (ATC the Netherlands at Schiphol) and MUAC, and are under the authority of the Dutch State. Both locations are manned by staff who are competent in both civil and military operations. 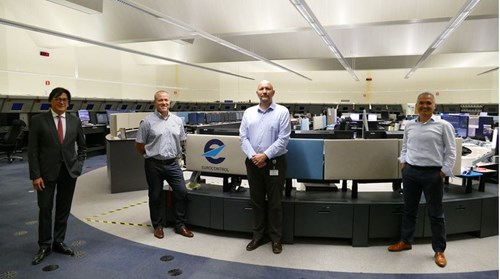