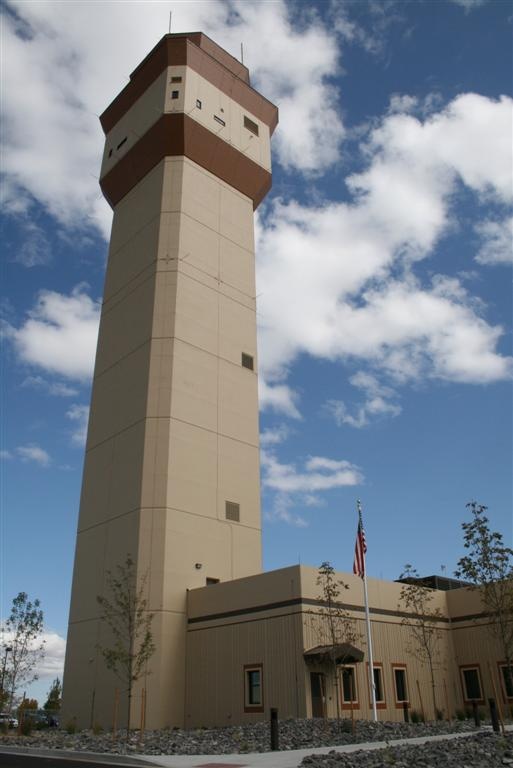 Upgrading our aviation infrastructure is one of our highest priorities, and this new tower will provide Reno-Tahoe International Airport with one of the nations most modern air traffic control facilities, U.S. Transportation Secretary Ray LaHood said.

This is a great day for aviation in Nevada, said FAA Administrator Randy Babbitt.  The new tower will improve safety and efficiency by providing controllers with better airfield views and more modern equipment.

The new tower was built with FAA facilities and equipment dollars, which are used to modernize the air traffic control system.

Renos new control tower is almost three times the height of the old tower, which was built in 1957.  The airports runways are considerably longer than they were when the old tower was built, which made it challenging for controllers to see aircraft on certain taxiways and runways. The old tower also experienced glare from lights on the cargo areas.

Tower controllers direct aircraft within about five miles of the airport up to an altitude of 3,000 feet.  The new tower and a 10,000 square-foot base building cost $29.4 million to build and equip. Construction began in January 2008.  Reno-Tahoe International Airport served about 100,000 flights in 2009.