In autumn 2016 the FABEC air navigation services providers DFS and DSNA signed agreements with their partner organisation Belgocontrol to support business continuity in Belgian airspace and especially the accessibility to Charleroi and Liège airports in case of a black-out or similar events, such as the power outage on 27 May 2015 in the Belgian air traffic control centre CANAC 2. The agreements include that, in this special case, air traffic controllers from DFS or DSNA on request of Belgocontrol would use special procedures for approaches and departures for Charleroi and Liege airports. Similar procedures will be developed at the other Belgian public airports in Ostend, Brussels and Antwerp involving other FABEC air navigation service providers.

For arrivals at or departures from Charleroi airport, an agreement has been concluded with the French air navigation service provider DSNA, allowing airplanes to be guided by the Charleroi approach control unit up to the Belgian border. Subsequently, the aircraft can continue its route under the supervision of the Lille approach control unit in France. For Liège a similar agreement was reached with the German air navigation service provider DFS that will support with air traffic control operations provided by their control centre in Langen near Frankfurt. A special emergency file containing adapted flight paths and flight profiles has been compiled in collaboration with EUROCONTROL. It will launch the procedures at the request of Belgocontrol so that the planned flights can continue to take place. 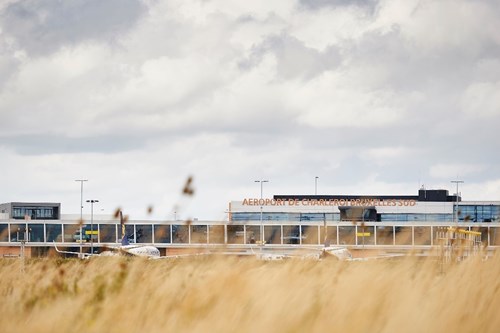