EUROCONTROL’s Air traffic management (ATM) suRveillance Tracker And Server – ARTAS, is receiving a software upgrade to increase its tracking functionality in the airport vicinity (i.e. an enabler for surface movement surveillance -SMS- and ground movement tracking at airports). Frequentis Comsoft has been EUROCONTROL's Industrial Partner for ARTAS maintenance and support since 2001 and is also a turnkey supplier of ARTAS systems. The ARTAS user community will begin installation of the new software release, ARTAS V9, in 2020.

“ARTAS has received continuous enhancements since its creation,” states Thomas Hoffman, Frequentis Comsoft Managing Director. “It became the most deployed tracker in Europe and one of the most advanced and mature surveillance data processing systems worldwide. We are pleased to be supporting the further enhancement of this reliable surveillance support tool and look forward to all users benefiting from the added functionality.”

Among numerous software upgrades is an updated algorithm for surface movement surveillance (SMS) that will greatly enhance the tracking quality in the airport vicinity. The software release testing attracted a great deal of interest from the European ARTAS user community, with a record number of 22 visitors from 11 different ANSPs (air navigation service providers) visiting the Frequentis Comsoft premises in Karlsruhe during the first week of November.

“A big thank you to the Frequentis Comsoft team, for a really great job. ARTAS is so successful, also, because of you and all your good work and contributions.”, said Antonio Principe, EUROCONTROL ARTAS & SDDS Services Manager.

ARTAS was developed by EUROCONTROL, on behalf of their Member states and applies the latest multi sensor tracking technology to deliver an outstanding level of accuracy and reliability using PSR, SSR, Mode-S, ADS-B and Multilateration surveillance sources. ARTAS also acts as an enabler for ADS-B and Multilateration making it an important technology for current air traffic management demands. 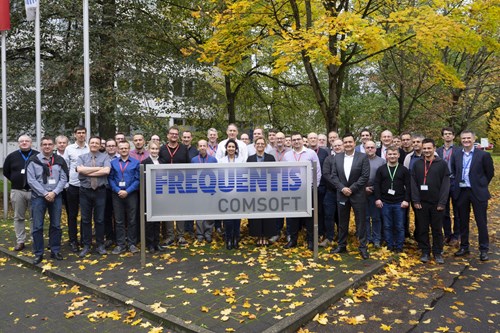