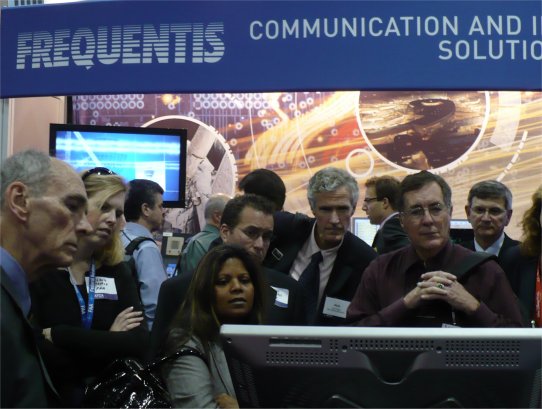 Frequentis recently won the contract for the FAAs new Air Traffic Control System Command Center (ATCSCC) conference control system (CCS-W), and so showcased the newest release of its flagship VCS3020X voice switching product. The company also presented its next generation Electronic Flight Strips system (smartStrips) and its fully-fledged AIM product suite (FR-AIS), which is used in more than 45 countries. Over the last decade we have developed our ATC products in line with the FAAs next generation air traffic control system architecture. Our presentation at this years ATCA provided impressive proof of the success of this approach, says Dieter Eier, Vice President of Business Development at Frequentis USA. As well as showcasing its product line, Frequentis also presented its NEXTGEN-inspired paper on Next Generation Voice Communications in the NAS. The companys FAA contracts and its contract to deploy the 3020 system to all major NASA space operations centers make Frequentis a leading provider of mission-critical voice communications and conferencing systems to the United States government. Since 2004, Frequentis has delivered more than 35 of its 3020 voice communication systems to FAA-operated air traffic control facilities, contract towers and the FAAs Air Traffic Control System Command Center.
your benefits?