Since 2015 the third generation of the MEVA network has been in operation. As a transnational VSAT (Very Small Aperture Terminal) satellite network it comprises 15 Regional Caribbean States/Territories and 18 sites across Central Caribbean, Central and Latin America. MEVA is compliant to common ICAO (International Civil Aviation Organization) standards and supports the phased transition from legacy communication in Latin, Central and North America to new and improved protocols increasing the efficiency of communications.

“We are pleased to expand our expertise in the Caribbean States and territories with MEVA and therefore to broaden our references in an important and fast growing market. Future ATM concepts are based on exchange and collaboration”, said Hannu Juurakko, Vice President ATM Civil at Frequentis.

MEVA III customers benefit from the Frequentis expertise in similar projects all over the world. As a provider of end-to-end network solutions for air traffic management, Frequentis is part of the pan-European network service (PENS) and the European AIS database. PENS is a common IP-based network service across the European region covering voice and data communication to meet existing and future air traffic communication requirements. In January 2016, Frequentis took over responsibility for the MEVA III network operation and services and the contract is valid until the year 2020.

During the MEVA III Technical Management Group (TMG) meeting, the operation and performance of the network was reviewed with satisfactory results. “The MEVA III network enhances safety in a very cost-effective manner providing a lot of possibilities to exchange voice and data and to collaborate in a more efficient way. We are glad to see that all the efforts of building up in previous years show their full success now. We will review operation and performance within this group yearly and are looking forward to future progress and improvements”, concluded the MEVA III TMG meeting. 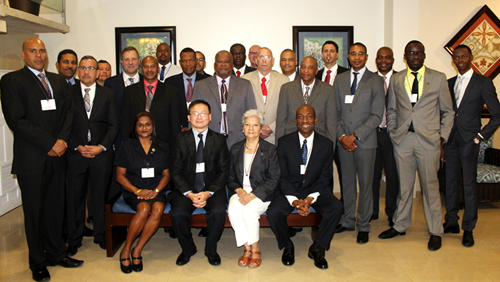