The annual IHS Jane’s ATC awards 2019 took place again at World ATM Congress in Madrid to reward companies and projects across six categories for their work over the previous 12 months. Australian airline Qantas developed a flight planning platform jointly with Frequentis, Smart4Aviation and the University of Sydney, to enable efficiency and fuel savings, winning this year’s Technology award.

The Qantas flight planning platform (Constellation) can ingest rich data sets from external sources, allowing it to continually assess and adjust its flight paths while en-route, providing for the flexibility to fit with flow constraints, reduce fuel consumption and emissions and increase safety.

“Developing a flight optimisation platform was a vision of Qantas for some time. For Constellation to win this award is a significant achievement that shines a spotlight on what is now an operational reality. Together with Frequentis, Smart4Aviation and University of Sydney we have created a flight planning platform that combines best of breed products and latest data standards with cutting edge algorithmic techniques to enable flight planning optimization benefits across the Qantas network” says Mike Riegler, Manager Innovation and Support, Qantas Flight Operations Systems.

“We are pleased to be supporting an airline with its goals for route optimisation and fully support Qantas with their next challenge to open direct flights, Sydney to London and Sydney to New York by 2022. Capacity concerns are challenging the industry across the globe. By working together on innovative approaches for collecting dynamic data, and utilising it while en-route, enables Qantas to respond positively to the capacity challenge.”, says Dirk Withake, Frequentis Vice President Aeronautical Information Management.

Smart4Aviation’s main contribution to the partnership was comprised of a rich and fully featured flight planning application and user experience, seamlessly integrated with the Qantas’ proprietary flight optimisation engine and Frequentis’ AIXM 5.1 and ARINC 424 nav data management solution. Experts in integration, Smart4Aviation connected over 30 different operational systems reducing the amount of backend effort required to manage a system of this complexity. Another Smart4Aviation key contribution, was the Airport Suitability module which analyses airports and airspace for operational status permitting the generation of highly accurate and fully compliant automated flight plans.

Qantas embarked on a project to replace its aging mainframe-based flight planning system in 2013 by engaging the University of Sydney to research and prototype an innovative path optimiser using Probabilistic Road Map (PRM) techniques. Qantas then engaged leading aviation software providers Frequentis and Smart4Aviation to provide the remaining components of the platform and migrate to a cloud environment. A key requirement was support for automation and future proofing through adoption of standards such as AIXM 5.

The annual IHS Janes ATC awards allow companies the opportunity to nominate innovative, field-proven technologies and projects, which are then reviewed by an experienced panel of industry experts. The technology award reflects significant contributions by equipment and systems suppliers. 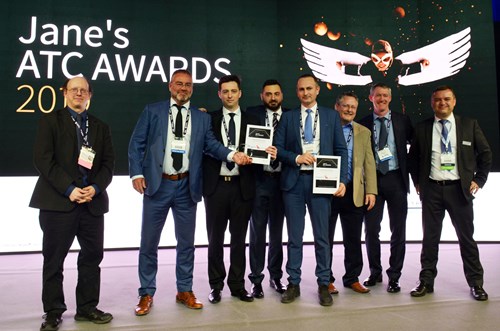