At the EUROCAE General Assembly in April 2017, Frequentis ATM professional Michael Holzbauer was re-elected to Council member. Already in his 4th consecutive term in the post, it is an assignment which underlines the great recognition for his ATM expertise, representing Frequentis in EUROCAE, a renowned organisation striving to set standards in aviation.

EUROCAE, the European Organisation for Civil Aviation Equipment, is an association with members consisting of the leading European suppliers of ground and airborne systems. As leader in the development of worldwide recognised industry standards for aviation, EUROCAE prepares and publishes aviation ground and airborne systems and equipment standards for use in civil aviation regulation and certification, while taking into account civil-military coordination requirements. In addition, EUROCAE promotes and facilitates the use of its standards and recommendations by the regulatory authorities and the aviation community within Europe and globally.

The Council is elected every year with main tasks including the definition of strategic objectives, the business plan and associated annual agenda for the EUROCAE Association. This is precisely where Michael Holzbauer, responsible Director for European Affairs in ATM, can utilise his extensive experience and high level ATM expertise gained in various leading product and development positions in the telecom and ATM Industry. Mr. Holzbauer joined Frequentis in 2006, where he currently leads several strategic air traffic management programmes such as the Single European Sky Air Traffic Management Research programme (SESAR).

In his council activity at EUROCAE, Michael Holzbauer aims to place a special focus on assuring a concerted approach between manufacturers and their customers in the development and use of new technologies: “Against the background of the implementation of the Single European Sky, a close collaboration and coordinated action between the industry and its ATM customers is essential. It must be ensured that the greatest possible modularity and flexibility of the system modules are guaranteed, while developing clearly defined and standardised interfaces between the modules where possible. All without compromising security!”

As one of the EUROCAE WG-67 founding members and thought leaders in ATM Communication, Frequentis has a long and successful history with EUROCAE. Frequentis was the first ATM system supplier to provide its communication products based on EUROCAE ED-137 specifications. Currently Frequentis is active in several working groups including WG100 - Remote and Virtual Towers or WG104 - SWIM Services. The engagement of Mr. Holzbauer in the EUROCAE Council underlines the commitment of Frequentis in contributing and setting standards in ATM. 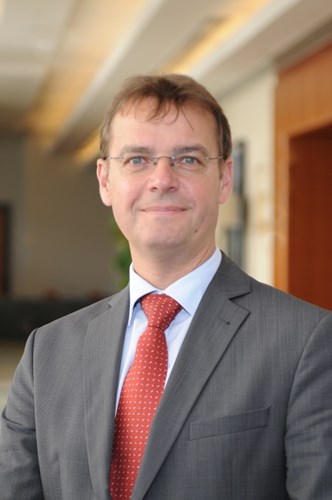