HungaroControl celebrated the tenth anniversary of its establishment by handing over professional awards and holding a large-scale reception. The Hungarian Air Navigation Services appreciated the work of Anne Kathrine Jensen the CEO of Entry Point North, Qatar Airways and Thales Air Systems.
Hungarian Air Navigation Services became an independent company 10 years ago. During the preceding three decades, it was the Air Traffic and Airport Authority that performed the organisation and control of Hungarys air transport as well as the operation of Budapest International Airport. In order to divide these two functions, HungaroControl and Budapest Airport were established in January 2002, and in this way, aviation in Hungary also involved three participants. During the past ten years, HungaroControl Pte. Ltd. Co. became a top-ranking service provider of international air traffic control, and one of the most successful state-owned companies in Hungary.

During the past decade of HungaroControls independent operation, the traffic of Hungarian airspace grew by 40 per cent: while in 2002 434 thousand aircraft were controlled by air traffic controllers, this number last year reached the 607 thousand out of which 18 per cent meant scheduled flights concerning Liszt Ferenc International Airport.

Hungarian Air Navigation Services also performed huge developments in the area of technology and infrastructure during the past ten years. Following the ever-growing professional requirements, the world-standard MATIAS controlling and informing software was developed further on 8 times and extended by Mode-S function, an advanced surface movement guide and control system was installed at the airport, and all Hungarian radar systems were updated.

Developments will not stop. Next to the present air traffic control centre, one of the most modern air traffic control centres in the world will be built by 2013, with a total 13 billion HUF investment, sponsored by the European Union, while in the present facility an air navigation knowledge centre will be created. HungaroControls international Centre of Research Development and Simulation inaugurated last year and the Entry Point Central Training Academy will be accommodated here.

At the reception held on the occasion of the tenth anniversary of the company, Kornél Szepessy CEO evaluated the past ten years then handed over professional awards. The HungaroControl Partner Award was given to Anne Kathrine Jensen, the CEO of the Scandinavian Entry Point North in appreciation for her work completed for the establishment of the joint air navigation training academy in Budapest, the Best Customer Award to Qatar Airways now operating daily flights from Budapest, and the Best Business Partner Award to Thales Air Systems, the world leader in mission-critical information systems for aerospace. 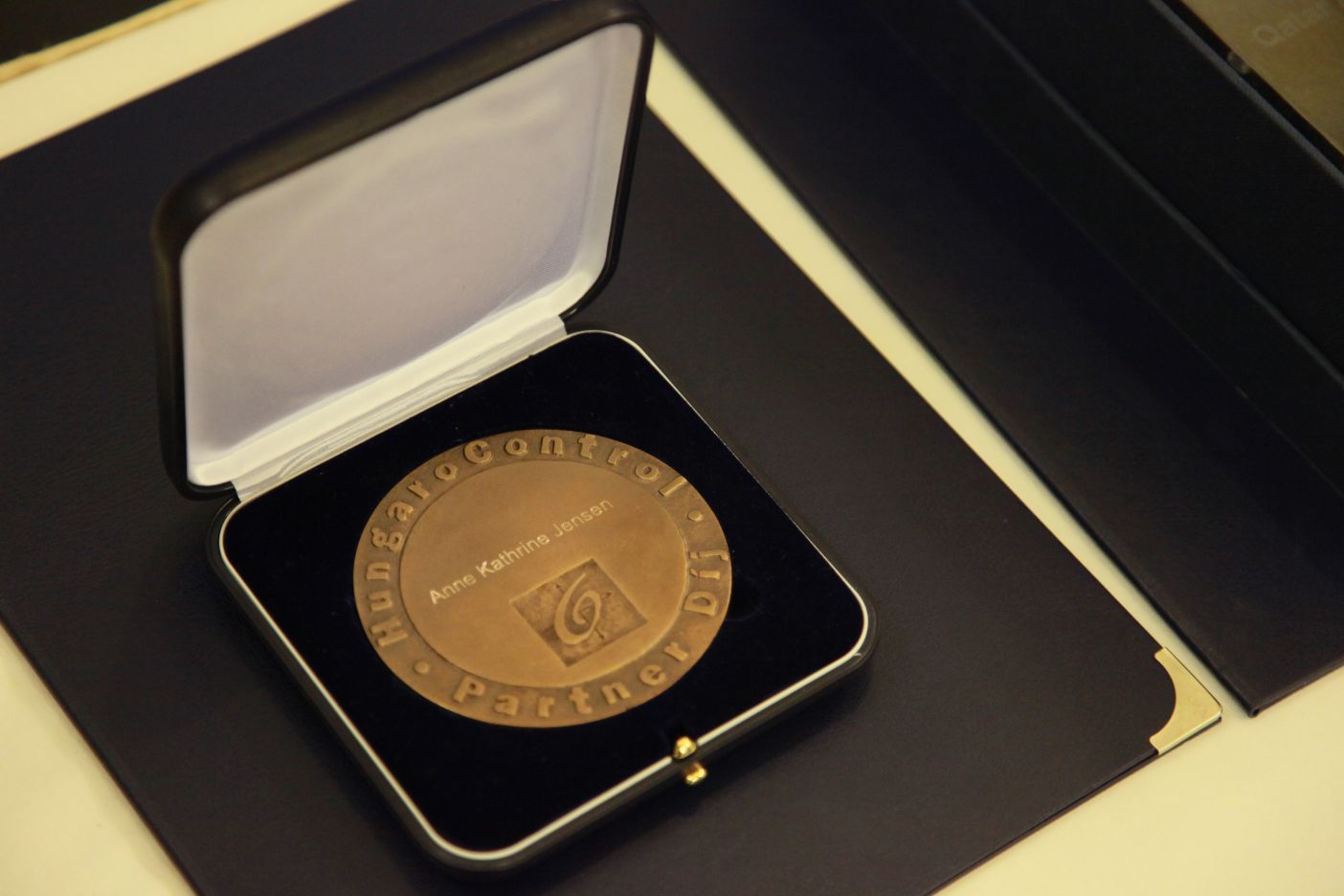