This MoU represents the collaboration between IDS and Aireon to explore the integration of space-based ADS-B air traffic surveillance data into IDS’s ATFM-ASM Suite for Air Traffic Flow Management, the IDS Billing System, the IDS CRONOS System and the IDS GNOME System.

The AireonSM system is hosted by the Iridium® NEXT satellite constellation and is scheduled for completion in 2018. To date, 40 satellites carrying Aireon’s space-based ADS-B technology have been launched.

Massimo Garbini, Chief Executive Officer of IDS said: “I’m very proud that Aireon can trust in a technical partnership with IDS to support Space Based Ads-b initiative. Through this MoU IDS assumes and commits itself to support Aireon in the challenge for the future of ATM.”

IDS provides various ATM tools to Air Navigation Service Providers - ANSPs, airport operators and airlines, which is used to enhance safety and improve efficiency and predictability from gate-to-gate, ensuring fair and equitable use of all airspace. 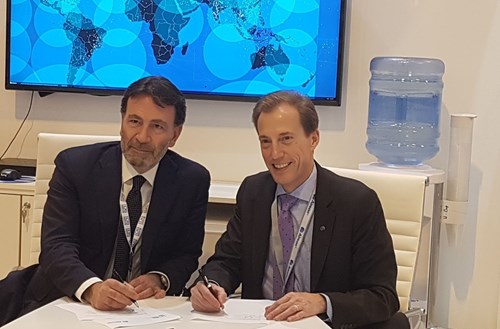