Special Bulletin Magazines
With Spain facing traffic growth of 6.2% in 2008, a major workshop co-organised by EUROCONTROL, IATA and AENA - the Spanish air navigation service provider - has identified a number of high-level and technical actions to reinforce high levels of safety and operational performance at Madrid-Barajas airport. 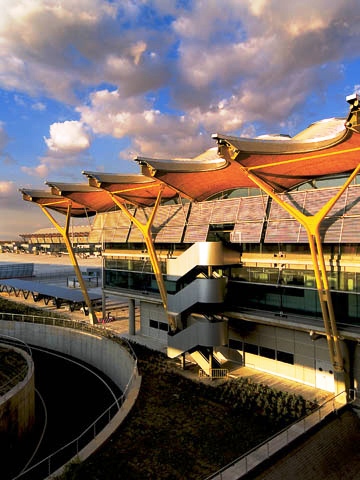 The workshop, 'Improving Operational and Flight Safety Performance at Madrid Barajas', was held in Madrid on 15 and 16 April, and was a result of the Madrid Pilot/Controller Task Force initiated by AENA and IATA and chaired by Dragica Stankovic of EUROCONTROL. It attracted over 140 aviation experts from airlines, AENA, the Spanish Directorate General of Civil Aviation, institutes, professional associations, and EUROCONTROL. A first high-level recommendation from the workshop was for airlines, air navigation service providers, EUROCONTROL and other stakeholders to form operational and safety partnerships where they can discuss issues and identify common solutions. Ongoing involvement of all stakeholders in the common efforts to improve safety and operations was also seen as crucial as was the consolidation of the mechanisms for providing feedback to airlines on incident reports. Participants noted that full implementation of the European Safety Programme was a key objective, and called for joint training of pilots and controllers on TRM and CRM. Carlos Hernandez, ATM Director of Operations at AENA, stressed the importance of forming proactive partnerships among stakeholders and also emphasized the need to work on cultural changes to bring further enhancements to safety and cost-efficiency in every day operations. The IATA representative, Anthony Van Der Veldt said "airlines are expecting to see improvements in the provision of air traffic services. The Action Plan produced by the Madrid Pilot/Controller Task Force and adopted by AENA management will make a real contribution to achieving this objective." During the workshop, participants debated the ways in which continuous descent approach techniques can be implemented now to minimize impact on the local environment. The workshop identified PRNAV as one of the key elements in the way forward. They also discussed EVAIR - a new EUROCONTROL initiative to collect and analyse voluntary incident reports. EVAIR enables early identification of potential safety risks, a very quick feedback loop, and a sharing of best practices and lessons learnt. It also allows for analysis of incidents both on European level and in individual countries. As recommended by the workshop, AENA will use both their own systems and EVAIR to monitor implementation of some of the actions agreed by the Madrid Pilot/Controller Task Force. "By openly discussing issues, and jointly identifying solutions for a specific airport, we are reinforcing the creation of a Just Culture, and thus strengthening safety," said Alexander Skoniezki, Head of Safety, Security and Human Factors at EUROCONTROL. "This was a pioneering initiative from AENA and IATA and we hope to see it replicated at other airports and TMAs around Europe."