Unprecedented levels of air traffic are expected through London during the 2012 Olympics, with almost 4,000 additional movements in what is already one of the worlds most complex airspace. NATS uses Indra Navias communication, navigation and surveillance solutions to help meet this challenge.
Heathrow Airport will be confronted with the largest wave of additional airline passengers, with the total traffic expected to more than double on given days. Indra Navia boasts an impressive installation base at Heathrow, contributing directly to the success of the 2012 Summer Olympics. Six all-weather instrument landing systems, an advanced surface movement guidance control system (A-SMGCS) with surface movement radar, runway incursion monitoring and collision avoidance system (RIMCAS) and an approach traffic monitor, all play a central role in moving athletes, officials, and spectators safely and efficiently to and from the airport. Rounding out the picture, Indra Navias NORMARC Instrument Landing Systems (ILS) and NOVA A-SMGCS systems are also used at Gatwick, Stansted, Luton, Southend, and London City airports. The ground-to-air communications infrastructure for the entire London terminal area is provided by Indra Navias systems.

When the world is watching, there is no second chance. Our technical expertise and operational experience from some of the worlds busiest airports allows us to engineer solutions that can be trusted, even during one of the greatest transport challenges in history. says Eldar Hauge, Managing Director of Indra Navia AS. Clients around the world count on us when their air traffic system has to work first and every time. 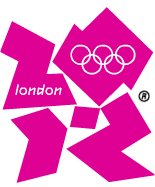 Indra Navia one us