Indra, one of the leading global technology and consulting companies, has been awarded a contract for delivery of a new InNova Ground Advanced Surface Movement Guidance & Control System (A-SMGCS) at Athens International Airport. The system will be used by air traffic controllers of the Hellenic Civil Aviation Authority to ensure safe and efficient operations on the ground, monitoring the movements of aircraft and vehicles.

Indra will also deliver multilateration systems detecting and identifying ground and approaching aircraft. The information will be made easily available to the controllers as an integrated part of the ground surveillance system. The contract also includes replacing the surface movement radar (SMR) with a modern SMR from Terma.

An upgrade to more modern airport tower and surveillance technology secures the safety and efficiency of the aircraft movements. Additionally, it improves the working conditions for the staff which is possibly even more important in these difficult times.

As one of Europe’s main holiday destinations, passenger numbers have plummeted in Greece since the covid-19 outbreak. ”It is encouraging to see that air traffic authorities in Greece and other countries use the pandemic to prepare for better days by upgrading the infrastructure. We are delighted to be awarded this project by the Hellenic Civil Aviation Authority” says Elin Blakstad, Director of Tower Systems at Indra.

HCAA awarded the contract to Indra based on the company’s previous performance and delivery of similar systems at Athens and Thessaloniki airports. Indra’s InNova Tower System is a best in class tower control solution and world leader in its market segment by combining cutting edge technology, robust functionality and a modular architecture that enables the  solution to be tuned from covering the most basic needs within air traffic control to offering advanced integrated and automated solutions. 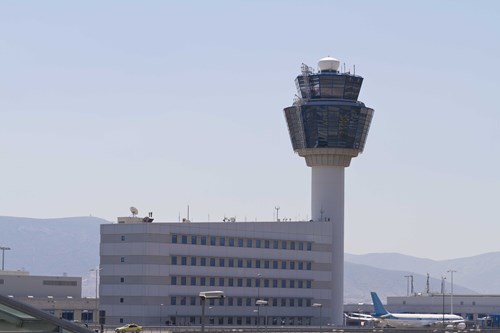