The Public Authority for Civil Aviation (PACA) of Oman officially inaugurated the new Salalah Airport last Monday June 15. Indra has equipped it with its proprietary technology for air traffic management and airport operations management systems, as well provided its support for operations and design of operating procedures.

The country's Public Authority for Civil Aviation has executed this ambitious project in collaboration with Indra, with the goal of transforming Salalah in the mid-term in the country's second most important international airport, after the Sultanate's capital, Muscat.

To achieve this objective, Indra has equipped the new approach center and new control tower of the airport with its advanced automated air traffic management system and its corresponding work stations for air traffic controllers. It has also implemented a meteorological information system that improves weather prediction capacity. All this technology makes it possible for the airport to grow and manage an increasing number of flights.

The airport, which also has a new runway, will continue to maintain the old one for taxiing to speed up departures and arrivals of aircraft during takeoff and landing.

In order to put into operation the new Salalah Airport, Indra had the support of air traffic services specialists NATS to ensure the transition was handled safely. NATS made their experience available to all the project partners to ensure any possible risks were identified and plans put in place to mitigate them.

Likewise, NATS also worked closely with PACA to reinforce its strong safety culture, including training local teams to ensure they have the ongoing skills they need to safely integrate any future operational changes.

As to the new passenger terminal, Indra has through Main Contract 6 installed a state-of-the-art airport management center, a control center at which airport authority and police operators jointly coordinate passenger arrival and departure operations.

This center performs real-time monitoring of all data gathered by the different systems with which the terminal is equipped. Here all data collected by security systems, closed-circuit television cameras, and basic equipment installed in the building (electricity, water, lights, etc.), or by airline support systems, including the Airport Operation Databases (AODB), the Resource Management System (RMS), or the Passenger Information System, amongst others, are accessible.

All of this information permits managing available resources efficiently to speed up operations and provide both airlines and passengers the best service possible.

Finally, in addition to installing all systems and technologies for the new airport, Indra has provided the country's Public Authority for Civil Aviation with support for designing operating procedures, commissioning the terminal, control and approach tower, and training personal for system handling.

To achieve this, the company has implemented a training center in Salalah, equipped with an air traffic control tower with 360º vision and an approach operations training system. This training center is expected to become a referent for the entire region.

In 2014, the Muscat Airport and the en-route control center that manages Oman's airspace launched its operations, using Indra technology. In addition, the company is modernizing the four other regional airports (Sohar, Ras Al Hadd, Duqum and Adam) and including different improvements that will position Oman at the forefront of technology. 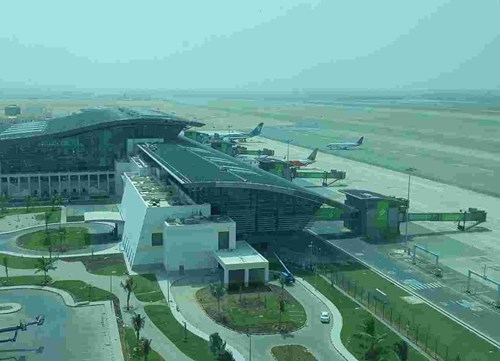 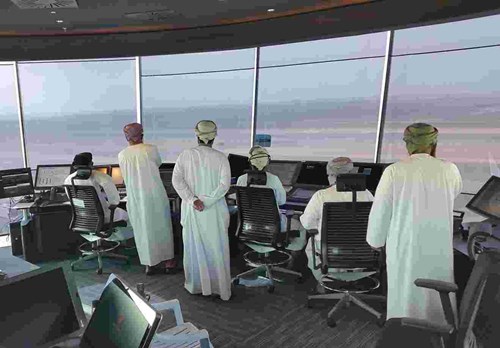