PANSA, Poland’s air navigation services provider, and Indra, one of the leading global technology and consultancy companies, have signed a Letter of Intent establishing the framework for cooperation between the two organisations to further promote the digitalisation of air traffic services.

The agreement will accelerate the achievement of the objectives set by the European Union for the digitalisation of the Single European Sky, which are aligned with those of the SESAR programme. The introduction of these technologies will lead to safer, more efficient and sustainable flying while enhancing the resilience of the air traffic infrastructure.

Adding up to the agreement, PANSA will contribute, as a specialist in air traffic management and flow, to defining the operational requirements, architecture, design and testing of the components of EUROCONTROL’s future integrated Network Manager (iNM) system.

This system plays a critical role in coordinating a network of 68 major air traffic control centers and more than 500 European airports, which serves more than 6,600 airlines and other European airspace users each year; until the pandemic hit, it supervised an average of 30,000 flights a day, 11 million a year.

Indra leads the evolution of the iNM system, increasing its readiness to overcome the challenges set to face air navigation in the coming years. Its modernisation will facilitate more accurate flight planning to increase capacity while reducing costs and emissions.

PANSA and Indra have been working in close cooperation for a number of years, addressing the comprehensive modernisation of Poland’s air traffic management and deploying automation

systems in the control centres, towers and radar surveillance systems that cover the entire country.

PANSA is also one of the partners of the iTEC Alliance, for which Indra is the technological provider. This alliance, formed by DFS (Germany), ENAIRE (Spain) and NATS (UK) and later joined by PANSA itself (Poland), and the air navigation services providers LVNL (the Netherlands), Oro Navigacija (Lithuania), and Avinor (Norway) is working on the development and deployment of the iTEC new-generation traffic management system, which is one of the key components for the construction of the Single European Sky.

Following the implementation of the initial version of the iTEC system in control centres in Germany United Kingdom and Lithuania, PANSA will now be the first navigation service provider to implement iTEC V3, the next version of the system.

This new version V3 will enter service in 2024 in PANSA’s future contingency air traffic control centre in Poznan, which will be ready to take over control of other centres if so required. iTEC V3 will be built on architecture based on Virtualised Data Processing Centres, running in the Private Cloud and incorporating new digital and automation tools as they are validated. Its implementation will herald a new era in air traffic management that will bring major benefits in terms of safety, efficiency and sustainability. 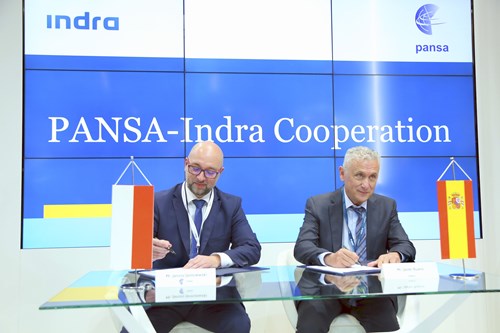