Indra is topping its year-on-year turnover high-water marks in the civilian radar and air traffic surveillance system markets, thus confirming its position as world leader in this business segment.

Indra's success is based not only on the elevated capabilities and reliability of its radars but also additional factors that the company has relied upon to increase sales such as: supply of 3D radars (L-band) for reinforcing airport security and high-traffic areas; system digitization to provide enhanced capabilities and simplify maintenance; and improvements incorporated into the company's systems to mitigate interferences caused by wind fields. The company has likewise broken out in the ADS-B surveillance systems market, benefiting from the rapid growth in demand for this type of systems in recent years. These systems supplement radar surveillance and help cover less busy routes where radar are not needed. In recent years, the company has implemented over 250 primary and secondary radars worldwide.

Indra has buttressed its position throughout all the areas in which it operates one region at a time. In Europe, the company signed a framework agreement last year with the navigation service provider Swedish LFV, which has become the preferred supplier of primary and secondary radars throughout the country.

In Denmark, Indra is deploying surveillance stations equipped with primary and secondary radars at the Billund and Roskilde airports.

In Latin America, Indra is the continent's leading company for air traffic management systems. In the specific field of surveillance, Indra is modernizing the COCESNA radar network to equip it with latest technologies and advances, incorporating ADS-B capability and fully digital technology with control and monitoring through a web platform interface. This radar network is distributed across different sites in Honduras, the Cayman Islands, Costa Rica, Nicaragua and Guatemala.

In addition, the Central American corporation has recently commissioned Indra for the acquisition of new systems that will be implemented in San Jose, Costa Rica, Belize, Nicaragua and Guatemala. And in parallel, the company was also awarded new contracts in Panama and Chile.

Algeria, the latest major contract
In North Africa, the company signed a contract last February with the Algerian air navigation service provider (ENNA) to comprehensively modernize the country's air traffic management. The work to be carried out includes the refurbishment of the entire air surveillance network: Indra will implement eleven stations equipped with four primary and secondary S-mode radars, and thirteen ADS-B stations.

Also in Africa, the company is making progress in its work for the ASECNA, deploying what will become the world's largest ADS-B system network: it will cover the surveillance of 17 countries and several French overseas departments in the Indian ocean.

Already in Asia, the Civil Aviation Administration of China (CAAC) commissioned Indra last year to deploy a secondary radar at the Shijiazhuang Zhengding International Airport, which services Shijiazhuang, capital of the province of Hebei in northern China. With this system, Indra now has over thirty radars deployed in China covering the surveillance of 60% of the country's airspace and even the major Shanghai Airport.

Indra's projects in Asia also include modernizing the air traffic management at Seoul's three airports, including Incheon, the largest in South Korea. The company is implementing new radars. In previous years, the company implemented the MSSR mode-S secondary radar in this country to cover Jeju-Seoul, the world's busiest route flown by over ten million passengers yearly.

In the Pacific region, last year Indra implemented systems to reinforce Thai airspace surveillance and is presently deploying ADS-B systems in Australia, where the company has already installed nine secondary radars. Some years ago, Indra also deployed radars in the Asia-Pacific area for monitoring 70% of the airspace in Indonesia and Vietnam and the entire area of Mongolia.

Indra is the world's leader in developing technologies oriented to air traffic management. The company has equipped over 4,000 facilities in 160 countries. The air controllers who manage the world's most complex and busiest airspaces use Indra's systems. Indra is also the main global provider of ATM civilian radars. With over 1,000 million euros invested in Research, Development and Innovation (RD&I) in the past six years, Indra also spearheads the construction of the Single European Sky initiative and the development of technologies that will shape the future of the industry. The company is renowned for its culture of focusing on meeting each customer's specific needs, providing advice on trends and available solutions with a view to buttressing customer performance and revenues. 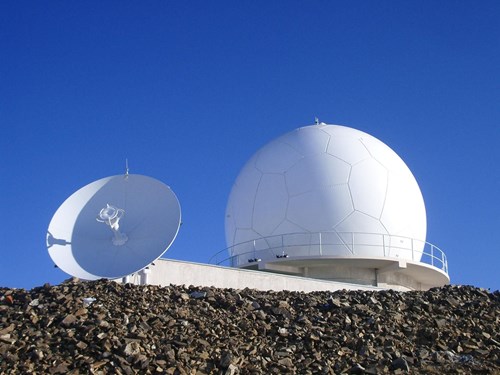