On 5 June 2012 the Republic of Bulgaria and Romania submitted to the European Commission (EC) the set of documents for the DANUBE FAB project in compli-ance with Commission Regulation (EU) No. 176/2011 on the information to be provided before the establish-ment and modification of a functional airspace block (FAB).
The set of documents consists of one main document and 19 annexes, submitted with a common letter from the Ministries of Transport of both states to Mr. Siim Kallas - EC Vice-President and Commis-sioner for Transport.

The information submission on the establishment of DANUBE FAB marks the achievement of a key project milestone and is the basis for the next step which will allow both states to collectively optimise airspace capacity, improve cost-efficiency and safety and ensure environmental sustainability whilst accommodating the rising demands of air travel.

The whole set of documents can be found at: http://documents.danubefab.eu/.
A common Bulgarian-Romanian team, consisting of a Project Management Office (PMO) and six working groups created the concepts and drafted the set of docu-ments within the deadline set in Commission Regulation (EU) No 176/2011 -24 June 2012. The political and strategic decisions were adopted by the DANUBE FAB Steering Committee (SC). The working process engaged in close cooperation all in-terested parties including professional and trade union organizations, military and civil airspace users, state and regulatory authorities, EC representatives. The set of documents is the result of joint and dedicated work over the past 8 years and lays a firm foundation for expanding the areas of cooperation in the future. 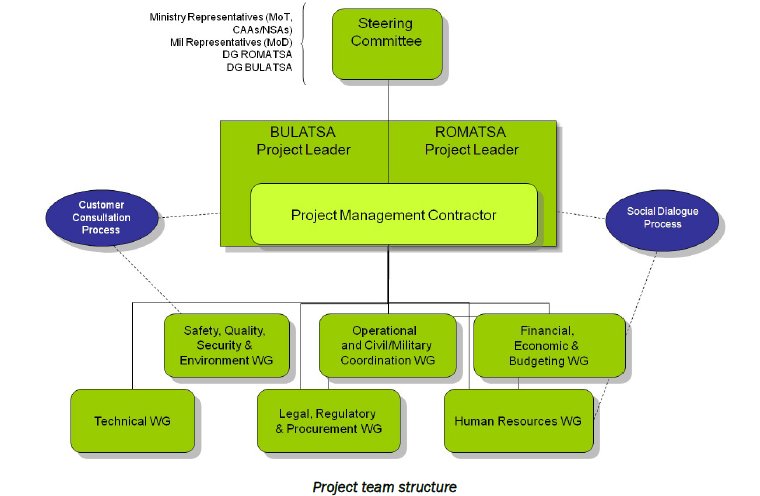 A consultation meeting took place on 18 July 2012 in Brus-sels between DANUBE FAB representatives (state, military, Regulators and ANSPs) and representatives of the European Commission, EASA, Network Manager, EUROCONTROL, Association of European Airlines (AEA), IATA, TEN-T and FABCE. The purpose of the meeting was to present in detail the information submitted on 5 June 2012 to the interested parties and to exchange opinions and recommendations for the development of the project. After the meeting the Commission and the interested parties underlined the good quality and structure as well as the comprehensiveness of the presented information. DANUBE FAB was identified as an initiative, demonstrated a good level of ambition in the European ATM environment.

Meanwhile it is expected the Agreement for establishment of DANUBE FAB between Romania and the Republic of Bulgaria to enter in force after completion of the neces-sary ratification procedures. This will allow the establishment of the new DANUBE FAB governing bodies: Governing Council, NSA Board and ANSP Board. Expert Standing Committees will be created in support to the governing bodies.
Real -time simulations of the future airspace organisation of the DANUBE FAB Project were conducted in the period 7 November - 2 December 2011 in Eurocontrols Experimental Center in Bretigny, France. The purpose of the simulations was to assess the different options for airspace organization and route network as well as to validate the best options in terms of flight efficiency, safety, capacity, etc.

Experts and ATCOs from both states dedicated thousands of working hours during the preparation for the simulations. Military ATCOs actively participated in the preparation and the execution of the simulations. The final RTS results are summarized in a report, part of the set of documents submitted to the EC. A visitor`s day open to the public took place and the simulations were presented in a series of video reports from the leading Bulgarian and Romanian national TV channels. 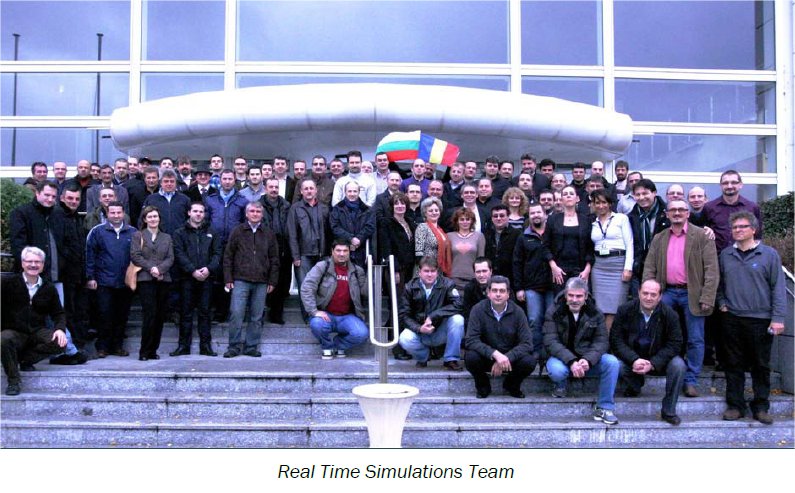 Main priority in the creation of the DANUBE FAB concept is the safe provision of ANS. The adopted DANUBE FAB Common Safety Policy and Safety Case provide evidence that safety has been duly embraced in all stages of the project so as to proof that ANS provision in DANUBE FAB will remain safe.

DANUBE FAB Common Safety Policy and Safety Case are documented statements how reaching and maintaining safety levels is planned, organized and managed at state, NSA and ANSP levels. The documents will be updated during the overall DANUBE FAB lifecycle. According to the provisions of the Agreement for establishment of the DANUBE FAB between Romania and the Republic of Bulgaria ROMATSA and BULATSA are responsible for the development, review and maintenance of the Common DANUBE FAB Safety Policy and Safety Case.
For keeping an effective and open social dialogue several meetings of the DANUBE FAB Social Consultation Forum were organized in Bulgaria and Romania, the last one - on 3 May 2012 in Velingrad. The social partners within BU-LATSA and ROMATSA actively participated in the meet-ings. The main goal of the fora was to review and discuss important current project activities. After DANUBE FAB establishment and entry into force of the new governing structure, the social dialogue will continue to be ensured as part of the tasks of the DANUBE FAB Governing Council (Art. 10.5 of the Agree-ment for establishment of DANUBE FAB) as well as through Art. 25 of the ANSP Cooperation Agreement between BULATSA and ROMATSA.
The added value of the establishment of DANUBE FAB was assessed in two sepa-rate analyses at different stages of the projects development with the support of two external consultants. Both analyses took account of the qualitative and quantitative aspects and the results were consulted with the airspace users:


The timeframe of the CBA spans from 2008 to 2030 (the pre-implementation phase is assumed to have started in 2008). The operational period covers 18 years, from 2013 to 2030. The benefits of DANUBE FAB establishment are divided in the fol-lowing categories:

Through the route network optimiza-tion airlines have experienced signifi-cant economic benefits. The goal is these to also in-crease savings through enhanced performance of both ANSPs. The cumulative effect for airlines denoted in net pre-sent value accounts to approximately €570 M until 2030. 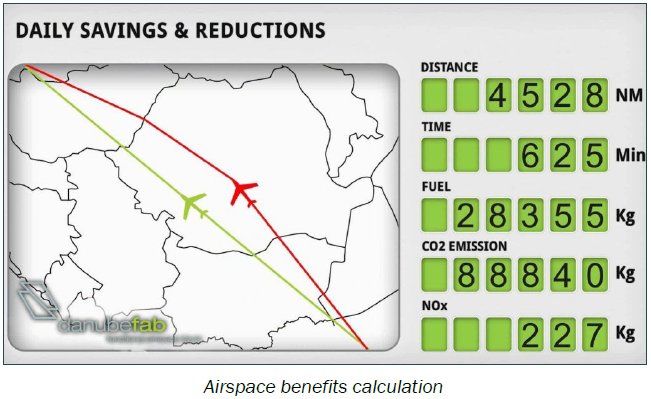