Leonardo, through its German subsidiary Selex ES GmbH, has been awarded a major contract by the Bureau of Meteorology to deliver state-of-the-art meteorological radars in Australia. In the long-awaited tender, the Bureau of Meteorology called for quotations for C- and S-Band radar systems and selected Leonardo as the sole supplier of new meteorological radars for the coming years following a detailed scrutiny of the technical offers. The deed of supply has an initial term of four years and includes the option to be extended to up to 10 years.

The Bureau of Meteorology currently operates 62 meteorological radars in its country-wide network. It intends to gradually replace these systems throughout the life of the framework contract and will use state-of-the-art C- and S-Band radar systems manufactured by Leonardo in Neuss (Germany).

Leonardo is proud to have been awarded this contract in competition against a pool of international manufacturers, attesting to its outstanding capabilities in weather radar technology and serving to elevate its brand globally as the leader in the weather radar market. In submitting its successful bid the company was assisted by Leonardo’s subsidiary in Australia who will be providing through life support and installation services in- country.

Leonardo is the technology leader in weather radar systems worldwide, providing best-in-class systems in C, S and X Band. Over the past 20 years, more than 400 of the company’s high-end Gematronik METEOR product line have been put into operation for leading meteorological service providers in over 80 countries, including on every continent.

The Bureau of Meteorology is Australia's national weather, climate and water agency. Its expertise and services assist Australians in dealing with the harsh realities of their natural environment, including drought, floods, fires, storms, tsunami and tropical cyclones. Through regular forecasts, warnings, monitoring and advice spanning the Australian region and Antarctic territory, the Bureau provides one of the most fundamental and widely used services of government. 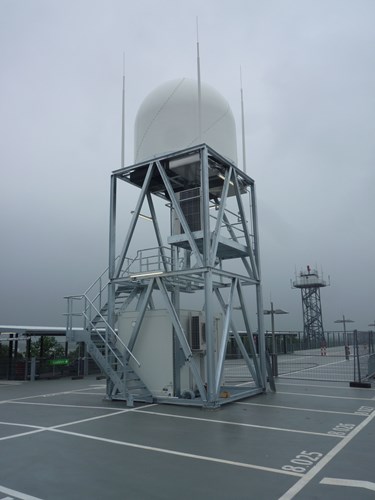