Leonardo, through its subsidiary LEONARDO Germany GmbH, has recently seen its meteorological business go from strength to strength with a string of commercial successes bolstered by new product development. The company has signed a number of new international contracts to supply weather radars and has made important strides in the fields of meteorological software and service solutions. Together, these achievements are underpinning the further international expansion of Leonardo in this market sector.

Leonardo has also secured an important contract at the intersection of meteorology and aviation as part of the SESAR JU (Single European Sky ATM Research Joint Undertaking) research programme. The company and its partners have been awarded all four WAVE 3 projects within SESAR 2020 research and innovation programme, being funded from the EU’s Horizon 2020 budget. Meteorology is a key work package within WAVE 3, which will see the development of a concept of operations for unmanned space services and the exchange of information with Air Traffic Management. Part of this will include the development of tailored meteorological services for drone operations. The projects will run until 2022.

Ensuring that the company remains at the forefront of meteorological technology, LEONARDO Germany GmbH has also launched a new product, SKIRON3D®. A state-of-the-art Doppler lidar system, SKIRON3D® can measure winds and detect hazardous wind-based phenomena such as wind shear, gusts, turbulence, and microbursts. In concert with Leonardo’s METEOR 60DX weather radar and an LLWAS system, SKIRON3D® provides a comprehensive solution for all-weather, three-dimensional detection of hazards that could pose serious threats to aviation.
With a presence in over 150 Countries and a broad portfolio of capabilities in the ATM (Air Traffic Management) and airport domains, Leonardo is committed to supporting and protecting people and communities and contributing to sustainable growth via latest-generation technologies, in line with its "Be Tomorrow – Leonardo 2030" strategic plan. 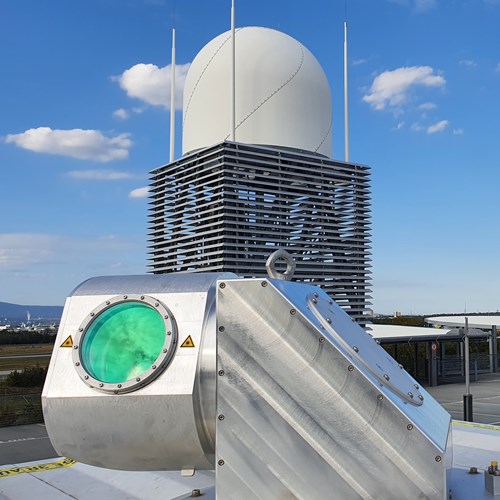