The EUROCONTROL Upper Area Control Centre (MUAC) has published its annual report for 2007. The report says that though flights increased by 5.1% in 2007, 96% of flights handled by the centre were on time, costs per kilometre fell for the fourth consecutive year, and no serious safety incidents were recorded. 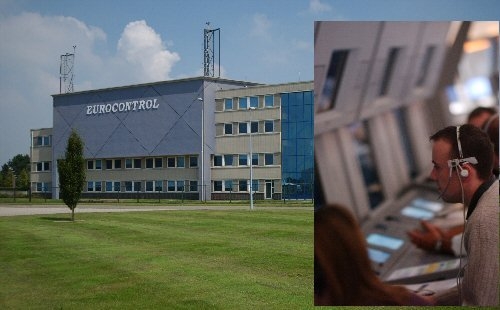 In the past year, air traffic in the area has grown by 5.1% compared to 2006. All growth predictions were exceeded and an all-time high in excess of 1.5 million flights was reached (75,000 up on 2006). 96% of all flights were on time and the average delay per flight was 0.6 minutes, or 38 seconds. In terms of volumes of traffic, MUAC is the second busiest air traffic control centre after London ACC in Europe. Despite the larger volumes of air traffic, there was a marked improvement in safety levels. For the fourth consecutive year, not a single serious incident (Category A) was recorded. The number of Category B incidents (major incidents) decreased, from 8 in 2006 to 3 in 2007. This improvement can be largely attributed to the implementation of new technology (an enhanced short-term conflict alert system), and improvements in the process for incorporating recommendations resulting from operational incident investigations. Delivering first-class services at the lowest possible cost remained a key objective. For the fourth year in a row, the downward trend in the cost per kilometre continued, resulting in an overall 21% reduction since 2003. Higher delays experienced in the summer, however, had an impact on the total economic cost indicators. Nevertheless, MUACs services remained competitive in the European framework, ranking in the top five of European cost-effectiveness benchmarks. Since 2000, the total economic cost per flight-hour has decreased by 37% whilst traffic volumes have increased by over 30%. This indicates that while costs are rising at a slower pace than traffic, cost-effectiveness is improving. Continued infrastructure investments were made throughout the year with the implementation of a number of technical developments such as a new short-term conflict alert system, a new weather radar data processing system as well as upgrades to the surveillance capability with the deployment of new Mode S-compliant systems. Referring to the results, Karl-Heinz Kloos, Director of MUAC, said: EUROCONTROL Maastricht has responded dynamically to the growing demand for air travel in 2007 and I am pleased to report that we enjoyed a remarkable safety performance, as well as robust services, both on the operational and on the cost-effectiveness fronts. Even though we are operating in an increasingly challenging environment, these will remain our priorities for the years to come. The implementation of the Single European Sky, in particular the Functional Airspace Block Europe Central (FAB EC), will be a further catalyst to continued improvements in the core area of Europe for the benefit of our customers.
your benefits?