Special Bulletin Magazines
Today at 3pm the Dutch Minister for Transport, Camiel Eurlings, shut down the old FDPS system during the inauguration ceremony.

The new flight data processing system was recently awarded the Janes' Future Systems award at ATC Global last week in Amsterdam. It is the first of its kind to be developed in accordance with European standards on interoperability betweem systems. And therefore consistent with the philosophy behind the Single European Sky. The new system also makes it possible to reduce flight distances by calculating the most direct air routes possible, thus helping to reduce fuel consumption and greenhouse gas emissions. Both Mr Eurlings and Director General of Eurocontrol David McMillan pointed out the importance of Maastricht's role in the development of the Single European Sky. Representatives from INDRA, the system supplier, were also present at the ceremony as well as representatives from the various countries airspaces which is managed by Eurocontrol MUAC; (Germany, Netherlands, Belgium and Luxembourg). 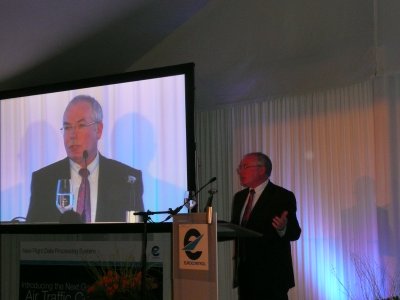 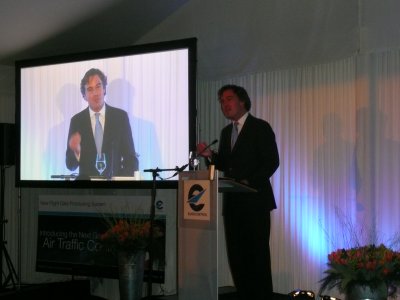 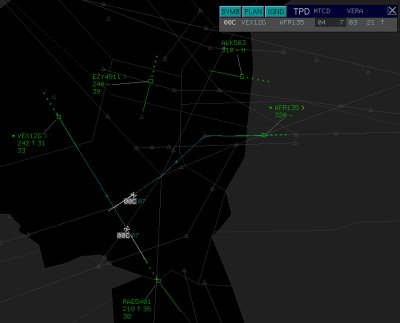