As from May 2012, air traffic controllers (16 persons) of the Hungarian Defence Forces will receive a special eight-week long training in the 3D tower simulator of HungaroControl Zrt. as part of MANS 2010+, a program launched to modernize the air traffic management system of the Hungarian Defence Forces.
Skills of controllers of three Hungarian military airports will be developed in the most state-of-the-art airport simulator of Central Europe during a training program that used to be available only abroad before. This training is an important milestone in the cooperation of civilian and military air traffic control.

As from May, air traffic controllers from three Hungarian military airports (Pápa, Szolnok and Kecskemét) will receive training at HungaroControl as part of a special training programme, in four groups for two weeks each, in the most state-of-the-art airport control simulator of Central Europe. The training aims to improve and maintain the skills of the air traffic controller staff of military airports, controlled by the Joint Force Command of the Hungarian Defence Forces, and to allow them to practice and test special flight management procedures using airport simulation scenes.

What makes the exercise special is that this type of training was not available for the Hungarian Defence Forces in Hungary before, but from now on HungaroControl gives access for soldiers to the most state-of-the-art airport simulator of Central Europe. Though the Hungarian Air Navigation Services has been successfully using its tower simulator for training civilian air traffic controllers, this is the first time that the facility will be used for military training.

The equipment simulates air traffic control towers, displaying highly realistic aerodrome scenes of Budapest Liszt Ferenc International and other airports in the countryside, and may even create a synthetic airport, used for training air traffic controller trainees. The simulator is able to generate any kind of weather condition, traffic situation, technical problem or emergencies, and offers 180-degree display of the scenes on 5 screens, where the view can be completely moved around. HungaroControl intends to further improve its 2D simulator so that it can offer a visual display with a 360-degree view on 14 screens, just like in real control towers.

During the presentation dr. Pál Völner, Minister of State for Infrastructure of the Ministry of National Development, Lajos Fodor, State Secretary of the Ministry of Defence, and Kornél Szepessy, CEO of HungaroControl confirmed: Single European Sky encourages the cooperation of civilian and military air traffic control, particularly in the fields of the flexible use of airspace, harmonization of air traffic management systems and making common decisions based on cooperation. The new training launched by HungaroControl is an important milestone of this cooperation. 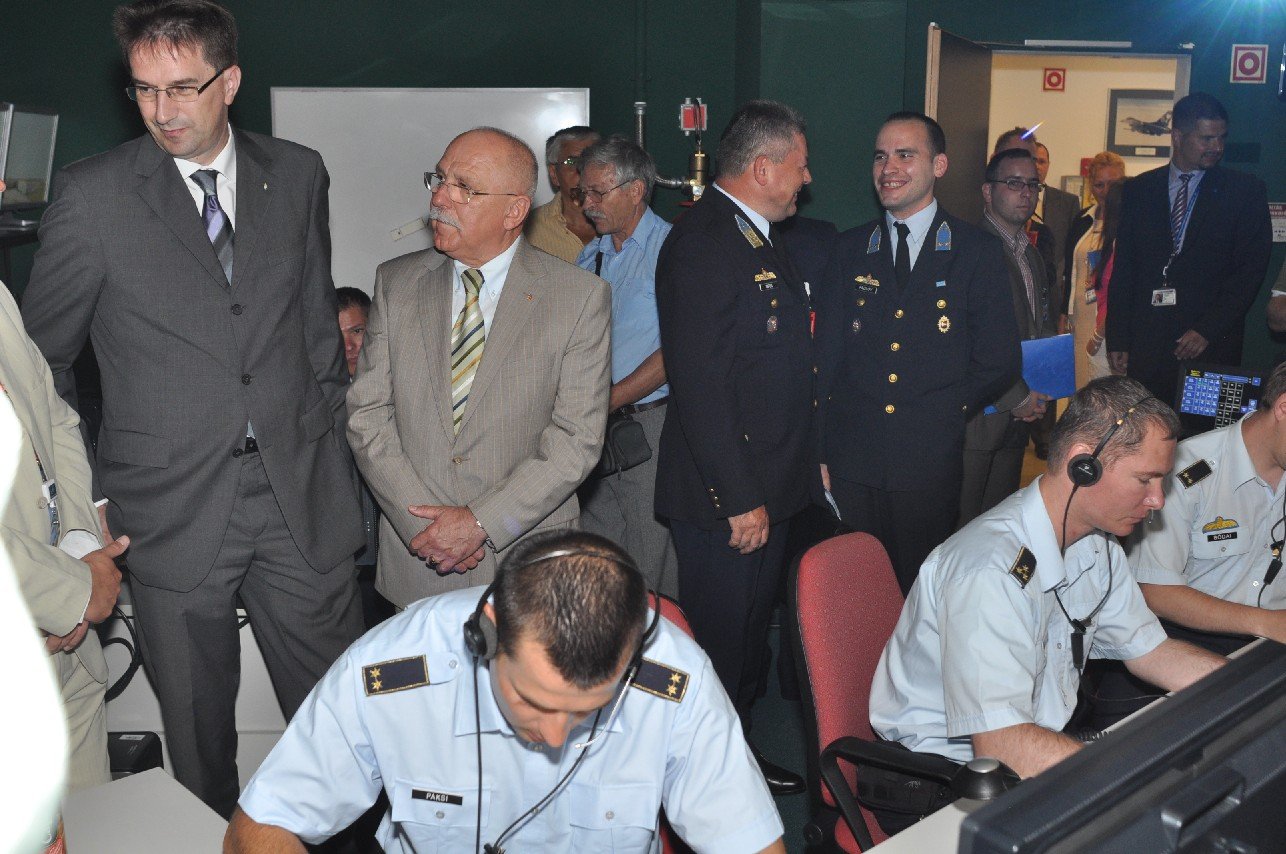